This is late….I know!  So we have had some CRAZY developments in the last day or two and with only a few hours left to vote I’ll be interested to see the final numbers for this week.  I’ll be posting the final numbers before we declare a winner and yes there is a contest at the bottom of all this so hopefully it’ll make up for the lateness of the post.

Leading with seven votes is none other than:

Kelly was part of the three-way tie with Holden and Wayne and somehow he’s gained enough votes to put himself on top.  All that separates him from a tied dynamic duo is a lone vote.  Who is tied with six votes:

William Holden and John Wayne are tied for second with six votes.  Now if one of them pulls ahead it needs to be by at least two votes in order to gain the lead or else they’ll be tied with Kelly.

And sadly only one extra vote has been given to Mr. James Dean 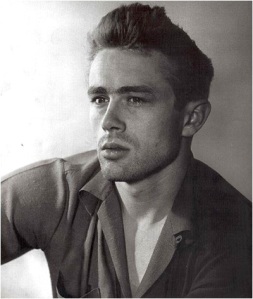 Again, only a few more hours to vote.  Around midnight Pacific time the poll will close (I said around not exactly so if its open vote!) and I’ll announce a winner along with our 1960s leading men!

Oh I mentioned a contest didn’t I?  This is a boost in regards to the last contest as there will be two winners!  Yes I’m giving away a copy of two very different books to two lucky winners.  All you have to do to be entered is email me at kristen (at) cc2konline.com with subject Journeys in Classic Film Contest,  the title of your favorite film (ANY film, doesn’t matter), what book you’d like to win, and your name.  The winner will get the book of their choice (if both winners want the same book I will be going in order of email received so if you want your choice enter early).  What do the winners get?

One will get a copy of Darwin Porter‘s Marilyn at Rainbow’s End which I recently reviewed:

And the other winner will receive Roger Ebert’s recent book Horrible Experience of Unbearable Length: More Movies That Suck

The contest ends June 29th!  Good luck to all!