Today’s book is not a biography as the author would claim.  Writer Margaret Talbot‘s biography/Hollywood history book The Entertainer: Movies, Magic, and My Father’s Twentieth Century is a fantastic blend of biography and Hollywood history with an eye towards illustrating the changing mores of publicity, and the Hollywood studio system.  Talbot openly states in the book’s preface, that while about her father Lyle, “This book is not a memoir…and it’s not a biography of my father either…It’s an idiosyncratic history of how entertainment evolved in the twentieth century, and how ideas about character and personality…changed along with it” (xiv).  With that The Entertainer is a fantastic biography of an actor who peaked in the pre-Codes, as well as showcasing the little known publicity stunts, and Hollywood movers and shakers that aren’t seen in regular biographies.  At times you might ask for more of one thing and less of another, but I think that all adds to emphasizing an actor and the world he lived in.

Lyle Talbot is a little known actor today; most memorably known to classic film fans at the man who corrupts Ann Dvorak in Three on a Match.  To author Margaret Talbot, he was her father and a mystery (her father was sixty when she was born and 77 when she graduated high school).  In telling his story the early rise of Hollywood is detailed and the ways studios got their stars out there.  You can chart the progress before even opening the book as the inside covers beautifully depict the history of Hollywood, and entertainment in general, from traveling carnivals to movie palaces and television.  The book is best described as a biography with history interwoven, almost weaving Lyle as the model for how one navigates the world of early movie-making.  If you’re looking for a biography on Talbot alone you might become frustrated with Margaret’s tendency to deviate  from his story, and connect it with other film efforts at the time.  To me, I found the balance to be just right and Margaret Talbot includes some little known movies I want to seek out.  Talbot does goes deep into exploring pre-Code cinema from its formations to its implementation, and the various things one could and couldn’t do.  I found myself skimming this section as I’d read this before in various other film history books.  I did enjoy her highlighting what specific states would and wouldn’t censor like New York censored government corruption whereas Pennsylvania censored childbirth.  If you’ve read past film history books you’ll be able to skip some of the history but it’s enough for beginners who don’t know anything about pre-Code.  Talbot herself has a beautiful writing style and some of her descriptions are worth mentioning here.  My favorite line was actually her description about pre-Code films and the allure they hold on the audience, describing their “rough energy that draws you in and rattles your teeth like a fast ride over potholed city streets” (154).

The Entertainer starts in talking about the early carnivals and vaudeville circuit where a gimmick was all that was needed to establish stardom.  With the rise of movies statistics are included about the early effects of film on America’s youth; something I’d never seen before.  The early studios are mentioned with fascinating facts and analysis.  Talbot describes Warner Brothers as the studio not afraid to show divisions in life whether it be class, roots, or religion.  The brothers Warner were even the first to buy up rights to topical material like I Am a Fugitive From a Chain Gang, and 20,000 Years in Sing Sing.  A few of these characters are worthy of their own books, such as the Countess Dorothy di Frasso or Lina Basquette (although Basquette apparently did write an autobiography).  Little known figures in the early Hollywood scene are given fun mini-biographies.  People like Public Enemy screenwriter John Bright and Brown Derby co-owner Wilson Mizner.  The strongest elements of Hollywood are when publicity is discussed.  Talbot goes in-depth in the 42nd Street Special; a train that stopped in various places carrying the cast to promote the film 42nd Street.  I’d love to see something like this done today (imagine that train which included Lyle and Bette Davis).  You come to see how insular the world of the studio is with literally anything you needed at your fingertips from renewing your license to getting your Christmas shopping done (I need to work for a studio).  With the actors, and other studio crew, wanting to unionize later on the book does go into the dark side of Hollywood.  That’s all fairly standard material in other history books, but all adds to showing how deep the studios roots went.

Lyle Talbot himself was said to have touched stardom several times but never truly made it to the A-list.  By the end of his career he’d embraced television, performing as a side character on the Adventures of Ozzie and Harriet, and making the Ed Wood “classic” Glen or Glenda.  He was the first actor to play Commissioner Gordon and Lex Luther in the early Batman and Superman serials; serials he gave his all towards for the child audience.  Suffice it to say his daughter mentions the desperation he’d often feel about not working all the time.  How any time the phone would ring could be the opportunity for work.  Lyle is described as a perfectionist with a strict routine of dressing and packing established during his life on the road.  During his career Lyle worked with huge stars and the book interweaves photos with the text (which I enjoyed more than having to go back and forth to a separate photo section); showing photos of him with stars like Humphrey Bogart, Joan Blondell, Mae West, and Shirley Temple.  At one point he was on the guest list at Hearst Castle, and the book includes a stunning photo of him with other Hearst revelers including Blondell, and Mary Astor.  The book fails to go in-depth into Talbot’s private life, and while it may mention the women he fraternized with (coming to blows with Clark Gable over Carole Lombard), and his failed marriages, Talbot never talked to his daughter about them.  Towards the end of the book the women are highlighted, and it’s apparent that Lyle had troubles of a personal nature, but was immensely private about it; not even going into detail with his child. 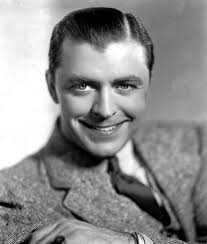 At the heart of The Entertainer is the story of family.  It’s obvious Margaret revered her father, and in telling his story you see his own relationship with his family.  His family tree, discussed in the beginning, has less than savory people in it.  The early death of his mother estranged him from his father for several years until they reunited when Lyle was a teenager.  Once reunited the two had a loving relationship filled with support.  The sweet stories involve Lyle’s grandmother who remained proud of him forever; sitting beneath his portrait on Hollywood Boulevard telling passersby “that’s my grandson” (215).  The Entertainer: Movies, Magic, and My Father’s 20th Century is a fascinating look at the minute bits of Hollywood, while discussing an actor who isn’t a household name, but had quite the story worth telling!