The final decade in our tournament sees five actresses whose careers are currently red-hot.  Three of them are Academy Award winners, one has been nominated several times, and another is in several franchise films.  The winner of this tournament will meet-up with the current slate of semi-finalists and take us into the final weeks of the tournament.  For the 2000s, specifically, I will be counting films made between 2000-2010; later films would be counted if they resulted in an Oscar for the star.  As always, voting is from Monday to Monday and any clickable links will take you to material I’ve written. 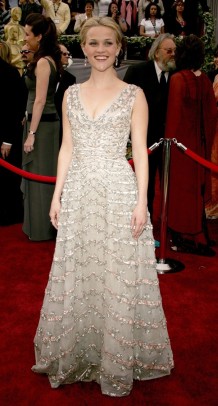 My Thoughts on the Nominee: Look at the movies above; in the early 2000s Witherspoon could do no wrong.  She was able to jump from romantic comedies, to period pieces, to an Oscar-winning portrayal of June Carter Cash in Walk the Line.  Now, the less said about Witherspoon’s choice of roles, the better.  Witherspoon has been dubbed “America’s Sweetheart,” and has been one of the highest paid celebrities for the last several years.  I’m not sure if that will translate into her winning the decade.  Her output since hasn’t been great, and compared to other ladies in this decade, Witherspoon’s time might have come and gone. 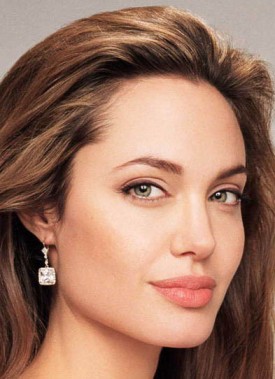 My Thoughts on the Nominee: You can’t deny that Angelina Jolie possessed star power.  I  say “possessed” because her career has seemingly slide along with her appearance.  (I hate to say that, but it was hard to find pictures of her where she didn’t look emaciated.)  With that being said, Jolie was at the  forefront of one of the biggest celebrity scandals we’ve seen and is a pop culture icon.  I believe she’ll be the one to beat.

My Thoughts on the Nominee: I adore Natalie Portman.  She’s sweet, has a broad range of films, and did my favorite skit in Saturday Night Live history (go watch Natalie’s Rap, now!).  She also has a college education, and took time out from acting to do so, which I applaud.  With that, she looks like the dark horse of this decade.  She didn’t win her Oscar till 2011, and before that her range of films were popcorn fare, or independent.  Hopefully, a few people see her talent like I do.

My Thoughts on the Nominee: Does Scarlett Johansson ever take a bad picture?  There’s no denying the woman is gorgeous, and I’m assuming the men will be out, in droves, to come vote for her.  Johansson didn’t really become the actress we know till the later part of the decade; before that, she was in really bad movies, independent fare, and a few scattered gems.  I enjoy several of her films, but I’m not sure what they say about her as an actress.

Films That Secured Her Nomination: Me Without You, Brokeback Mountain, Blue Valentine, Shutter Island, My Week with Marilyn

My Thoughts on the Nominee: I understand I took a risk placing Michelle Williams here.  In the interest of full disclosure, I shoved Anne Hathaway out to make room for her.  Why did I fight so hard for Williams?  She’s going to be one of the defining actresses of the decade.  She’s versatile, she’s thought-provoking, she brightens up the worst movies.  The oft-neglected Shutter Island became memorable to me by having Williams playing a deranged character, that you sympathized with.  Sadly, I see her going the way of Veronica Lake in the 1940s tournament, and getting a tiny amount of votes; but, I’m happy she’s here.

Good luck to our nominees!