Removing the four movies I held over from March, April has been a crazy month for my film viewing.  I watched almost ten movies more than I did in March and reviewed almost all of them.  Let’s look at what I watched this month, and give you a chance to check out any reviews you might have missed.

3. Beyond the Sea* (Holdover from March)

10. Man of a Thousand Faces 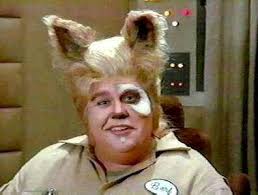 20. The Song of Bernadette

22. The Affairs of Annabel

30. The Place Beyond the Pines

32. Panic in the Streets

35. The Creature Walks Among Us 1. The Song of Bernadette

5.  Man of a Thousand Faces

Favorite Theatrical Film of the Month: The Sapphires.  An adorable movie about an Aboriginal girl-group with a rollicking soundtrack.  Check it out if it comes to your town!

Worst Film of the Month: Either The Host OR Wild Child.  Both movies making me believe teenage girls need to go to their own island, forever!

Biggest Disappointment of the Month: The Place Beyond the Pines.  Good, but too overloaded with material to make it great.

Movies Worth Seeking Out: The Sapphires, The Central Park Five