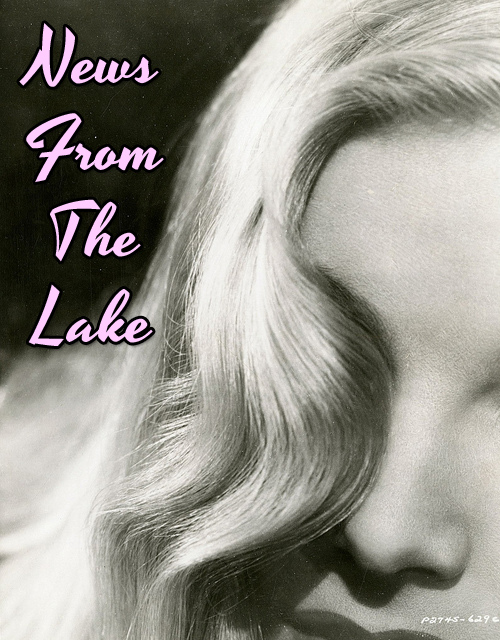 I’m sure several of you are here to find out if you won a copy of The Great Escape on Blu-ray.  I’ll get to that soon, but first let’s look at what’s coming out in the worlds of classic movies.  I have a bit of news from 20th Century Fox, Sony Classics, and Warner Archive…then I’ll tell you who won!

20th Century Fox has an eclectic list of classics, a few Oscar nominees, set for release on Blu-ray in July.  If you’re a fan of Marilyn Monroe then keep your eyes peeled for Niagara and Bus Stop.  I reviewed both during My Month With Marilyn and believe Niagara’s worth buying…I’ll keep my thoughts on Bus Stop to myself.  Niagara is turning 60 and will be getting a special edition transfer although bonus content on both discs seems limited to trailers.  Regardless, if you don’t own these already they’re worth getting.  You can snag Niagara and Bus Stop on Blu-ray July 30th.

Fox will also be releasing Blood and Sand, the Academy-Award winning film starring Tyrone Power and Rita Hayworth on July 9th.  This Blu is getting a bit more to it than the Monroe copies and will include commentary from Richard Crudo, former President of the American Society of Cinematographers.  Other Blu-rays coming out from Fox include The 300 Spartans (with only television spots and trailers), and Elvis Presley’s Love Me Tender (with has the most bonus content of all – audio commentary, featurettes, and the soundtrack).  The 300 Spartans hits the shelves on July 23rd, and Love Me Tender releases July 30th.

Sony’s Film Noir Classics series chugs along with volume four, out for release August 6th.  It’ll be released through the TCM Vault and includes five films never released on DVD as well as an introduction by director Martin Scorsese.  The five films included are: So Dark the Night (1946), Johnny O’Clock (1947), Walk a Crooked Mile (1948), Between Midnight and Dawn (1950), and Walk East on Beacon! (1952).  Bonus content includes stills, posters, and TCM articles.  I haven’t watched a complete set yet, but if you’re a film noir lover, or simply want some of the best culled together, get involved in the Film Noir Classics series!

Finally, Warner Archive has announced a slate of releases around lariats and Liberace!  They’ll be releasing Sincerely Yours, the 1955 musical starring Liberace and Dorothy Malone.  In the lariats section WB is set to release the Monogram Collection, Volume six; Stampede (1949), Short Grass (1950), Wild Stallian (1952) and Rider on Dead Horse (1962).  Sincerely Yours is listed as newly remastered so I’m assuming the rest will be going off the best prints available.  You can order all these now at WarnerArchive.com or WBShop.com.  Remember, that all movies from Warner Archive are manufactured-to-order.

Now for the winner of my Great Escape contest.  I will say, I need to start offering movies all the time because we got a whopping ten entries which is a record for the site.  Unfortunately, only one person will be walking away with a copy of The Great Escape on Blu-ray and that winner is: PRESTON NICHOLSON!  Matthew’s already been contacted, but he has till SUNDAY to get back to me with his shipping info.  If I don’t hear back, I will be forced to give the movie to someone else.  So, hopefully Matthew is checking his email.  Congrats Matthew, thanks to 20th Century Fox for allowing me to give away a copy, and thanks to everyone who entered!