For a movie entitled Hell’s House, the events depicted are far from hellish.  Hell’s House is an old-fashioned juvenile detention film worth watching for an early appearance by Bette Davis (two years later she would launch to stardom in Of Human Bondage, which I reviewed here).  Leading man Pat O’Brien is good in a flat, two-bit depiction of a gangster, but “hero” of the film, Junior Durkin plays up his “aw, shucks” persona to the hilt in a movie that’s never violent enough to make a difference or interesting enough to maintain audience attention.

Young farmboy, Jimmy Mason (Durkin) is forced to go to the city when his mother is killed.  He develops a relationship with small-time hood, Matt Kelly (O’Brien) and Kelly’s girlfriend Peggy (Davis).  When Matt lets Jimmy take the fall for a crime, the young man is forced to go to a reform school where the conditions are deplorable.

No matter the quality of the plot, you have to thank the fine folks at Kino for putting this out, at all.  Too often smaller films like this are never released and are allowed to turn to dust.  It’s mentioned on the case that the print used came from Bette Davis’ own collection as part of the Library of Congress; a disclaimer at the beginning mentions that the first reel is poorly corroded, and without that I wouldn’t have complained (it looks somewhat better than the print used in Of Human Bondage).  Hell’s House is a watch for die-hard fans of Bette Davis, whose name is displayed above the title and is the one actor who gives a performance.  Her Peggy is a tough woman hardened by the streets.  It’s an unglamorous role, and everything about Davis is different in a way I’ve never seen, including her voice and bearing.  She’s given less than a handful of scenes, but if you didn’t know Davis before (and especially to audiences in 1932) you could easily believe this woman is destined for greatness.  She has a sweet, lilting chemistry with Pat O’Brien, who does a decent job of playing a hood with a sort-of conscious; however, as with the rest of the plot, he’s not chilling or menacing compared to other gangsters of the period.

The movie is uncertain whether it should follow the gangster story or the juvenile reform plot, and both lack any type of fear or social commentary.  If you’ve seen past films in either genre, such as I Am a Fugitive From a Chain Gang, you’ve seen the plot done better.  Hell’s House wants to present a tale where America (epitomized by Jimmy) is corrupted by the horrors of crime and vice (personified by Kelly) that’s taking over the world.  Before this, Jimmy is a kid, wet behind the ears, who lives in America’s heartland (he’s a farmer aka the salt of the earth).  Once he enters the big, bad city, he’s seduced by the glamour of vice and ends up paying the price; this is what could happen to our pure, American values if we keep allowing the highest echelons of power to be controlled by gangs!  That’s what the movie hopes to prove to you. 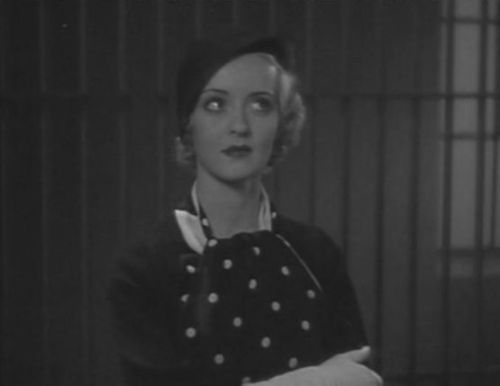 With only 73 minutes to present its case, the last half of the movie is a reform school cautionary tale that fails to live up to the Hell House name.  There’s a few boyish hijinks, but the only hellish activities we witness are the boys stacking bricks; no license plates or broken rocks here.  It’s hits the necessary “juvenile detention is terrible” tropes without emphasizing particular abuses; so when one of the kids gets in trouble for writing a letter that ridicules the institution, you have to wonder, what is there to ridicule?  The script has to find tear-inducing forms of “abuse,” and relies on the cliche of a sick kid being left to die.  It’s a tired trope, and we spend so little time with the kid that you’re never connected to his death.

Of Human Bondage is the better Kino release.  Hell’s House is a fun, early foray into Davis’ work (she really is the best part), as well as showcasing how run-of-the-mill these types of movies became.  There’s no bonus content on this disc, but the transfer is fantastic for a movie that’s heavily damaged, and the audio is crisp and clear.  Whether you enjoy the movie or not, by purchasing one of Kino’s releases, you support the films that aren’t the blockbusters. 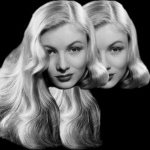