This week’s review is slightly different; not being a memoir about a Hollywood star, but about being a Hollywood’s star’s daughter.  It’s a tough place to be in, trapped with a world of insanity that you didn’t ask for.  Past memoirs in this vein including salacious Hollywood exposes such as the infamous Christina Crawford‘s “no wire hangers” loving mom, Joan; or the similarly tinged look at Bette Davis through her daughter B.D’s eyes.  While Sachi Parker is a forgiving person throughout her memory, excusing her mother’s behavior to a fault in several instances, it doesn’t paint a perfect portrait of Shirley MacLaine.  Of course, the reason you’ll read it is because of MacLaine’s presence, which Parker tries to insert into a majority of the book.  It’s a surprisingly balanced memoir about a Hollywood daughter who didn’t go crazy, but persevered despite her crappy upbringing.

Sachi Parker lived an unconventional life from the start.  Raised in Japan by her father, mysterious businessman Steve Parker, the crux of the book emphasizes the rocky and estranged relationship between mother and daughter.  Several times throughout the course of Parker’s life, she tried to understand and ask her mother why their relationship wasn’t normal only to meet a stone wall that was her mother.  Shirley MacLaine isn’t an outright villain in Parker’s history, simply an enigma who never felt like she was anyone’s mother.  MacLaine is a narcissist who couldn’t handle competition, especially competing with her daughter. 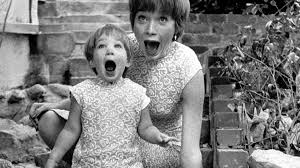 A twist in the final chapter reveals how MacLaine sabotaged her own daughter’s chance at stardom, and it’s difficult to read Parker’s questioning about why her mother would want her to fail (and the various ways her mother tried to steer her away from acting are equally funny and unsettling).  I have experience with family members similar to MacLaine, and in reading Parker’s words I understood where she was coming from.  Of course, you don’t have to be in the same situation to empathize with the woman.

In our world of teenage celebrity meltdowns, you come away with similar sentiments as the title; Sachi Parker is a lucky woman!  Despite the neglect and emotional abuse she never stopped to whine.  After being told her parents won’t pay for college, Parker secures a job working for Qantas Airlines and gains an education at the University of Life.  It’s amazing to read her positivity amongst her questioning why her parents are so neglectful. 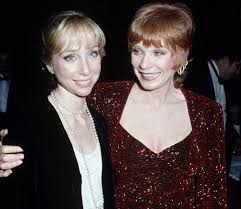 There are moments where it feels that Parker is making excuses for her parents and blaming it on her Japanese upbringing.  I never expected her to have a full-blown showdown with her parents, but after hearing about her learning to curse and becoming acclimated to America, you have to wonder why she still blames her upbringing as an adult.  You can see there’s still a lot of repressed emotions, but you do want to shake her throughout for her continued refusal to tell her parents how she feels.

Overall, Lucky Me is only a peripheral celebrity biography that casts a disparaging eye at being raised in the spotlight.  You may applaud Sachi Parker for remaining level-headed and growing into a woman with a loving family, but it’s obvious she holds a lot of resentment and unanswered questions.  If anything, the book shows a Shirley MacLaine that was similar to her cold, steely characters but to the extreme.  It’s worth reading if you want a somewhat positive tome about growing up Hollywood.

One thought on “Lucky Me: My Life With – And Without – My Mother, Shirley MacLaine” Leave a comment ›

Ticklish Business Lucky Me: My Life With – And Without – My Mother, Shirley MacLaine