School is inching to a close, but amidst midterms and papers it’s been a pretty slow month for moving watching.  I watched about a movie a day, which is weak for me.  If you missed out on any of my reviews, click the handy links and you can catch up on my month in film.

3. Home on the Range

6. Five Dolls for an August Moon

11. Creature From the Black Lagoon*

21. I Married a Monster From Outer Space

23. The Beast With Five Fingers 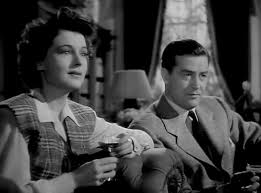