A jam-packed news week with two sad passings, TCM and getTV announcements, and plenty of upcoming DVD and Blu-ray news. It seems I forgot to mention Ruby Dee’s passing two weeks ago.  TCM’s recently announced an upcoming double-feature to commemorate her this Saturday, showing the drama The Edge of the City (1957) and the legendary adaptation of A Raisin in the Sun (1961).  The double feature starts at 4:15pm Eastern.

Unfortunately, we lost another iconic actor just last night, Eli Wallach who passed away at 98.  The man acted right till the end and has a prolific body of work to prove it. TCM is also jumping on a movie marathon to honor him; June 30th sees an 11-hour marathon devoted to Wallach’s work and featuring some of his best roles in films like Baby Doll (1956) and The Misfits (1961).

Moving on to happier news, the TCM Classic Cruise is coming up in October and the list of guest has been revealed.  If you’re fortunate to be traveling on the Disney Magic as part of the event, you’ll be able to hobnob with Shirley Jones, Richard Dreyfuss, Roger Corman, Tab Hunter, Ann Blyth, and Illeana Douglas to name a few. Ben Mankiewicz and Robert Osborne will also be on-board as the hosts of the event. The TCM Classic Cruise sets sail October 21-26th.

Not able to afford the TCM Classic Cruise this year (join the club!), but still looking for some fun with the network?  If you live in, or are planning to visit, the Los Angeles area, the incredibly popular TCM Movie Locations Tour is returning starting June 26th.  The tour runs Mondays and Thursdays at 1:30pm, and Fridays, Saturdays, and Sundays at 9:30am and 1:30pm. There’s no word if the tour will be extended beyond the summer season, although it’s safe to assume it will return at some point throughout the year. The various locations on the tour include visiting The Biltmore Hotel, The Ambassador Hotel, Union Station, and Hollywood High School. If you’re interested in taking the TCM Movie Locations Tour in L.A. head over to their website to start booking.

Also going on in Los Angeles this summer is Hollywood Exiles in Europe, a film series focused on Hollywood filmmakers exiled abroad during the Cold War era, happening July 25th-August 17th at the Billy Wilder Theater in Westwood Village.  Put on by the UCLA Film and Television Archive, works by Joseph Losey, Jules Dassin, and others will be shown along with a few celebrity guests.  Details and film scheduling can be found at the UCLAFTA website.

If you live in the Minneapolis, Pittsburgh, or St. Louis area you can officially watch getTV through their recent deal with Sinclair Broadcasting Group. You can visit the getTV website to find out what channel getTV is on in your town. Also, the network is celebrating Fourth of July with a marathon of features starring former First Lady, Nancy Reagan.  Tributes to Barbara Stanwyck, film noir, and Cary Grant are also scheduled throughout the month.

Olive Films: After an eight-film bonanza just a month or so ago, Olive has announced four additional titles for release on DVD and Blu-ray in August.  On August 19th you can pick up Ginger Rogers in Magnificent Doll and Don Ameche in That’s My Man (both 1947), and on August 26th Olive’s releasing I’ve Always Loved You (1946) and a remastered copy of High School Confidential (1958).

Warner: Warner’s Samuel Goldwyn banner of films is preparing two long out-of-print titles for release: Gary Cooper’s The Westerner (1940) and Bob Hope’s The Princess and the Pirate (1944); both are set for release on October 14th.

Warner Archive: New from Warner Archive this week includes a double-feature with both John Barrymore and Melvyn Douglas tackling the role of gentleman thief, Arsene Lupin in the Arsene Lupin Double Feature.  Also out this week: Anne Baxter in Chase a Crooked Shadow (1958), Diane McBain in Claudelle Inglish (1961), Zachary Scott in The Counterfeit Plan (1957), Robert Ryan and Stewart Granger in The Crooked Road (1965), and Van Johnson in Slander (1957). All of these are manufactured on-demand and available at Warner Archive’s website. 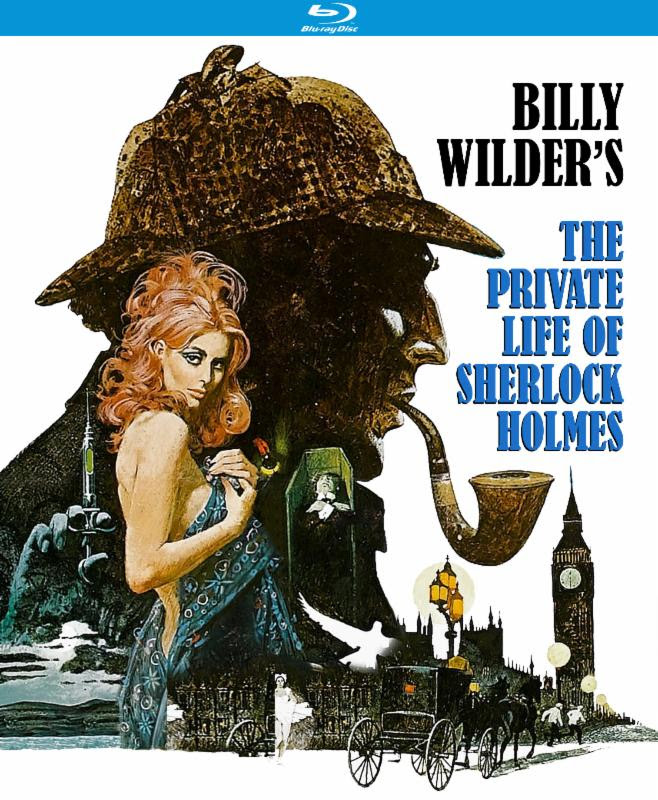