We’ve got a packed news column for you this week including what’s coming to this year’s TCM Classic Film Festival, fun throwback shows on YouTube, and what’s new on DVD and Blu-ray.

It’s hard to believe the 2015 TCM Classic Film Festival is only four months away! TCM is wasting no time, though, announcing the first four films to be newly restored and screened, although one choice in particular is receiving a lot of flack. The first four films you’ll have the opportunity of seeing are: Spartacus (1960), The Hunchback of Notre Dame (1939), Steamboat Bill Jr. (1928), and Apollo 13 (1995). It isn’t too hard to figure out which film has the classic film community in a bit of an uproar. It’s understandable why the Ron Howard film is included, particularly since the theme of this year’s fest is History According to Hollywood. I doubt we’ll see anymore post-1980s films on the list, but hopefully this means we’ll see Tom Hanks or Howard at the event! The announcement also stated that composer Carl Davis will be showcasing his new score for Steamboat Bill Jr. during its presentation. Passes for the 2015 festival go on-sale to the general public November 13th at noon, but Citibank cardmembers can get the jump on passes with an exclusive online presale at this site. You can find out more information about the 2015 TCM Classic Film Festival at their website.

Are you a fan old 1940s screwball comedies like My Favorite Husband? A Quick Fortune is a new YouTube series that tells the story of a penniless (and flighty, of course) heiress who shacks up with a down-on-his luck handyman. The two’s main goal: to find enough “dead presidents” to get them onto easy street. I’m generally not a fan of YouTube series, but the creators have done their homework on serials and 1940s comedy. The series is only five episodes, with the first four online already (I’ve included the pilot above). If you’re looking for some laughs, give it a watch! 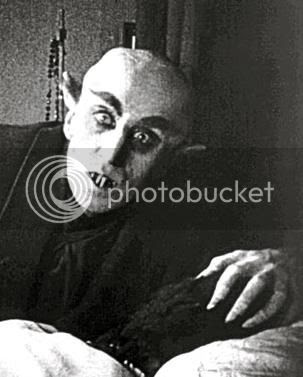 Halloween may be over, but there’s plenty of good excuses to keep the spooky times rolling. I’ve discussed a few crowd-funded projects on the site before, and the latest one I’m looking forward to seeing completed is David Lee Fisher’s “remix” of Nosferatu. Fisher isn’t interested in making a remake, more taking new actors and inserting them (through the magic of digital effects) in the world of Nosferatu. Visual effects fans will recognize the name Doug Jones, who is taking on the iconic role Max Schreck immortalized. There’s a lot of fun incentives and a great introduction to the reasons behind this project at the movie’s Kickstarter page. If you believe in their vision, consider being a backer.

Warner Archive: Warner Archive continues to revitalize their Blu-ray program. The latest film to hit HD is Jack Webb’s Pete Kelly’s Blues (1955). This marks the first time the film’s been available on Blu and bonus features include an alternate trailer, and vintage Warner Brothers cartoons. The rest of the week’s releases are 1960s era films: The Day They Robbed the Bank of England (1960), The Password is Courage and Guns of Darkness (both 1962), Twilight of Honor and The Hook (both 1963), Of Human Bondage and Night Must Fall (both 1964), and The 25th Hour (1967). All of these can be purchased, on-demand, via Warner Archive’s website.