News In a Nutshell: Another biopic is being prepped for a Hollywood production, another place to access the Criterion Collection, TCM and Macy’s prepare for a Miracle on 34th Street, and what’s new on DVD and Blu-ray.

Here’s a Hollywood biopic groomed for Oscar greatness. The Playlist is reporting that 12 Years a Slave director, Academy-Award nominated Steve McQueen, is preparing his next feature film to focus on the life of Show Boat actor, Paul Robeson. That’s all that’s known about the project currently. There’s also word that Harry Belafonte, the recent recipient of an honorary Academy Award, is involved in some capacity, but there’s no word if he’s starring in the project or lending financial backing. Robeson not only had a powerful singing voice, but an equally powerful political activism which caused him to be blacklisted during the McCarthy era. After McQueen’s brutal 12 Years a Slave, a biopic like this could be somewhat lighter but still pack a punch.

Last year, TCM and Macy’s partnered up to show the Christmas classic, Miracle on 34th Street to Herald Square Plaza. Once again, audiences can watch the iconic Christmas tale, November 20th starting from 8:15am-8:00pm outside the Macy’s Herald Square. TCM host Robert Osborne and Macy’s Thanksgiving Day Parade executive producer Amy Kule will introduce the 6:15pm presentation. The amount of classic Christmas films being shown on big screens has astounded me this year, with this, as well as Christmas in Connecticut, A Christmas Carol, and White Christmas being screened nationwide. If you’re in the New York area this Thursday, be sure to stop by! 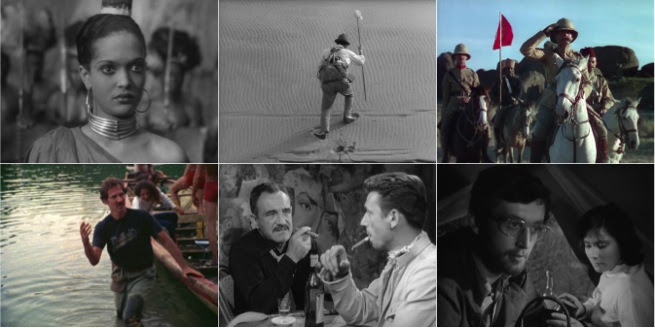 Outside of buying individual DVDs/Blu-Rays, the Criterion Collection has been available to stream through Hulu Plus. It seems they’re expanding their reach as it’s been announced that Criterion is pairing up with Fandor, another paid subscription service. Thirty films will debut each month with audiences being able to watch the films, commercial free for twelve days before they’re available on Hulu. Essentially, Fandor will act as a VOD service, allowing audiences a chance to watch said films before they’re available to Hulu members. Films set to debut on the service include Charlie Chaplin’s The Gold Rush (1925), Ingmar Bergman’s Through a Glass Darkly (1961), and more. If you already have Hulu and can wait, there doesn’t seem enough incentive to warrant both services. However, if you don’t have Hulu this might be a better option.

New on DVD and Blu

Warner Archive: Warner Archive hasn’t had many bombastic titles out recently, but that’s all changed with this week’s new releases – 1945’s The Picture of Dorian Gray (Warner’s Blu-ray output has been amazing), and the eighth volume in their Forbidden Hollywood series. The latter is a four-disc set containing Blonde Crazy (1932), Strangers May Kiss (1932), Hi, Nellie (1934), and Dark Hazard (1934). Both are available, manufactured on-demand, through the Warner Archive website.