The 1970s wasn’t a good decade for Walt Disney Studios. With the horrors of Vietnam and the Civil Rights Movement behind us, how could the family friendly studio whose work never commented on the situation try to stay relevant? Why, by commenting on the situation in their own special way. Unfortunately, blending Disney and the “turn on, tune in, drop out” generation was never a good mix to begin with and Superdad is the evidence. Starring infamous television star Bob Crane as a mild-mannered suburban father, the film comments on the rise of shiftless teenage layabouts, but provides a plot just as shiftless as the characters it’s mocking. Add in a blatant Charles Manson figure and you have the makings of the weirdest, most pointless Disney film ever.

Charlie McCready (Crane) is worried his daughter Wendy (Kathleen Cody) is headed down the wrong path thanks to her lazy friends whose idea of ambition is spending all their time at the beach. He decides to send Wendy to a better university, in the hopes that she’ll meet new people. He fakes a letter saying Wendy has received a scholarship, but when Wendy discovers the ruse her father’s played on her, she decides to play on his greatest fears by joining the counterculture.

By this point in time Disney had perfected the art of taking suburban family stories and injecting enough magic and whimsy to give them the appearance of being unique; The Shaggy Dog is about the changes of adolescence through a young boy transforming into a sheepdog, for example. It would have been great if, like I’d assumed, the title “Superdad” had been literal; taking Charlie and turning him into a superhero of some kind, juggling the world’s changes while maintaining an interest in his daughter. Nope, the script is content to have Charlie be a boring lawyer of unknown ilk who just doesn’t like those darn kids and their mangy mutt.

The narrative is rather cut and dry and there’s nothing particularly interesting about a man determined to get his daughter away from her friends by sending her to a different college, is there? He sends her to a new school and thus new people are met, right? The script realizes it’s ridiculous and injects pointless scene upon pointless scene into an already aimless narrative. We get a few beach scenes done way better in works like Beach Blanket Bingo, complete with a musical performance that sounds like something rejected from The Brady Bunch; Charlie’s attempts to bond with his daughter, where the only source of humor (presumably) is Crane screaming like a girl and jet-skiing poorly; a subplot involving Bruno Kirby (channeling Frankie Valli in his film debut) and his multiple jobs; and the aforementioned Wendy dating a murderer plotline. None of these are important or hold any weight in the overall narrative. They’re weak attempts to get us limping from moment to moment before the film dies a merciful death. 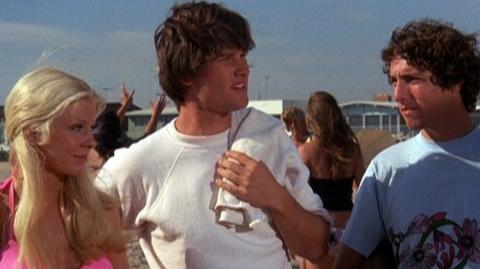 Let’s not forget this was Disney’s attempt at commenting about the generation gap that had sprung up post-Vietnam, but unfortunately the film sat on a shelf for a year before being dumped to its death in 1973. It’s doubtful a year’s difference would change the film’s impact because the script knows nothing about what was going on in the world at either point in time. No one expected Disney to comment on the sex, drugs, and rock ‘n roll elements of the 1970s, but nothing about the experiences presented rings true. The teens don’t talk like real teens; their problems aren’t authentic. The script is written by an old fuddy-duddy who dreams about knowing what “kids today” are all about, but never stops to ask them. Superdad feels like a 1950s movies that got lost in the 1970s. The film ends with a marriage, as if to say the counterculture’s fun to experiment with, but kids really want to fall into domesticity like their parents.

Even the simple premise about a father wanting to understand his daughter goes nowhere. Charlie’s sole intent is to separate Wendy from her friends. Mind you, we see nothing implying these kids are a bad influence; despite being the 1970s his only problem is the kids don’t have jobs. Be lucky they’re not lighting up doobies and dropping acid, Dad! Charlie sends Wendy to a new university, but can’t fathom that the university has changed! No, really?! Too often Charlie bemoans the fact Wendy isn’t married, so the entire reason for her attending school comes off like Charlie hopes she’ll obtain her “MRS. Degree.” The tacky wedding at the end could have tied things together nicely, as well as given us a much needed moment of bonding between Charlie and Wendy (you know, what the film is purportedly about), but instead Wendy gives a speech about how her friends and new husband Bart (a dimpled Kurt Russell) will take care of her. Charlie is just passing his child off to someone else. 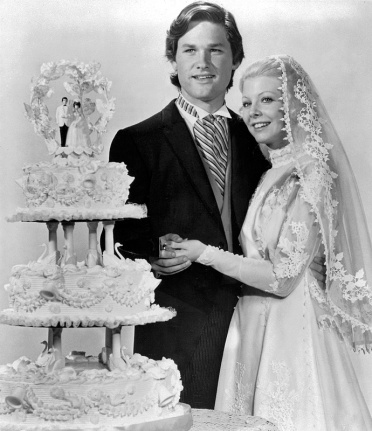 As if things aren’t weird enough, the final third of the movie takes a dark turn into drama with Wendy being engaged to a counterculture painter. Unfortunately, she can’t dump him as he’s threatened to kill himself and, it’s HEAVILY implied, he’ll kill her too. Keep in mind, the Manson family trial was on-going by now, and the movie isn’t shy about making the character look like Charles Manson with a dash of painter Bob Ross, possibly to avoid being sued. Considering Manson’s “family” was comprised of middle-class, young white women, Wendy comes off like the perfect victim for this guy. Other elements, such as the actor’s wild-eyed stare and cadre of followers, implies he’s rocking some type of cult-like atmosphere. But there’s never any set-up to the scene, or payoff at the end. Because Wendy ends up marrying anyway, the only sigh of relief is that she’s not going to end up dead in the desert after her honeymoon.

Bob Crane was always going to be a bad choice, an even worse one for audiences today. Crane had hoped Superdad would revitalize his career, post-Hogan’s Heroes, like it had done for other TV actors like Fred MacMurray. Unfortunately, Crane’s sex addiction was out of control and he was reprimanded several times for his poor conduct on-set, including plastering his trailer walls with photos of half-naked women. If you want to talk about bad influences for teenagers, no worse example than this film’s star! It’s difficult watching this movie and not imagining Crane partaking in what was REALLY going on in the 1970s. The biggest letdown is how distant from everything Crane is. There’s no chemistry between him and Cody, or him and Barbara Rush who plays his wife, and you can tell Crane feels this is beneath him. Crane would be gruesomely murdered five years later, leaving Superdad to be a minor footnote in an otherwise minor post-television career.

The rest of the cast is okay, but the movie lets them down. Rush, despite having the chemistry with her on-screen daughter Crane lacks, is severely marginalized. Kathleen Cody is blonde-haired sweetness, while Kurt Russell seems happy to be there.

Superdad hasn’t received a wide-spread DVD release. Currently, you can only own it on DVD if you have enough points through the Disney Movie Club or purchase it through third-party sellers. (Although who would feel the urge to own this on DVD is anyone’s guess). You can stream it on iTunes or Amazon, and it pays me that I paid $2.99 for this! If you have a morbid curiosity to watch Crane in a family film – and there’s plenty of room to make off-color jokes – than, by all means, seek it out.

Superdad (The Wonderful World of Disney)