News in a nutshell: Frank Sinatra gets a Centennial celebration, Bruce Lee and Veronica Lake are receive the biopic treatment, we say goodbye to another star (of the small screen), more TCM Film Fest stars, what’s playing on television, and what’s new on DVD and Blu.

Frank Sinatra celebrates his 100th birthday on December 12th, so expect Ole Blue Eyes to receive quite the tribute this year. Rolling Stone reported on several plans in the works honoring the actor/singer, all of which are part of “Sinatra 100, “a “multimedia event…that will focus on the crooner’s music and films in a variety of different venues.” The whole event kicks off March 4th at the New York Library for the Performing Arts and the Grammy Museum’s opening of an exhibition called Sinatra: An American Icon. That exhibit will eventually travel to various other locales throughout the year. Also in New York, the Morrison Hotel Gallery will play host to The Sinatra Experience. For those not on the East Coast, various recording labels will be putting out commemorative CDs while Warner Bros. will put  on special screenings of Sinatra’s top films at both USC and the upcoming Tribeca Film Festival. Finally, acclaimed documentarian Alex Gibney is directing a two-night, four-hour documentary called Sinatra: All or Nothing revolving around footage of the singer’s 1971 “Retirement Concert.” Sinatra: All or Nothing will air on HBO April 5th and 6th.

Long-time readers of my site know of my love and appreciation for actress Veronica Lake. Outside of my site I’ve researched and interviewed people for over a year on the famed blonde and have become good friends with Lake’s autobiographer/friend Donald Bain. Recently, he mentioned plans for a biopic about the actress, her career, and her fraught final days. Now, according to Donald Bain’s website, the movie is moving forward with a script co-written by him and Ian Beaumont entitled The Lost Blonde. Not much is known outside of the script, but having heard a bit about the project I’m beyond excited to see where this goes. The biopic trend is hot and heavy right now, so now is the perfect time to bring Veronica back to the masses.

Also in the pipeline is a biopic about martial artist/actor Bruce Lee. According to Lee’s daughter, Shannon, she’s planning an official biopic focused on Lee’s life and brief career (he died at 32 in 1973). Right now the movie is just now meeting up with production companies and no script/director/actors have been announced. You can read the full story at The Wrap.

The TCM Classic Film Festival is a few weeks away, but if you want even more TCM magic consider taking a TCM Classic Cruise. The network’s announced the 2015 dates for this year’s cruise, which will sail from Miami, Florida to Castaway Cay and Grand Cayman aboard the Disney Magic. The cruise will take place November 1st-6th with Robert Osborne and Ben Mankiewicz scheduled to attend. General booking starts March 24th with the pre-sale already starting. I’ll report on more details once they become available.

Speaking of the TCM Classic Film Festival, a few new panels, movies, and guest stars were announced. Actor Peter Fonda will present a 100th birthday tribute to his father, Henry, starting with a Q&A with author Scott Eyman discussing Fonda’s life and career; there will also be screenings of Henry Fonda’s Young Mr. Lincoln (1939) and My Darling Clementine (1946). Shirley MacLaine will also be in attendance as part of her 60th anniversary as a film actress. She’ll be on-hand for screenings of her work in The Children’s Hour (1961) and The Apartment (1960), as well as a Q&A on her life and career. Actors Robert Morse and George Lazenby will be in attendance before screenings of The Loved One (1965) and On Her Majesty’s Secret Service (1969), respectively. There will also be a special panel comprised of real-life people whose lives have been adapted to the screen. Entitled “A Surreal Existence: My Life as Portrayed in Film,” the panel will consist of Aron Ralston, whose life was adapted for 127 Hours (2010), Tony Mendez whose life shaped Ben Affleck’s Argo (2012), and Mark Schultz who was the subject of last year’s Foxcatcher. The TCM Classic Film Festival runs March 26th-29th in Hollywood and I’ll be on hand with reviews, videos, and pictures of all the goings-on.

getTV celebrates heartthrobs in March with a month-long tribute to those men who make our hearts race; Cary Grant, Steve McQueen, William Holden, Robert Redford, and Warren Beatty will be honored with two of their best films airing every Monday night in March. Also happening in March, every Tuesday will be paying tribute to movies of a specific time period such as Meet John Doe honoring 1941 and Valentino honoring 1951. Fridays in March will be about icons, with a selection of titles honoring the likes of Rita Hayworth, Jerry Lewis, Joan Crawford, and Mickey Rooney. Saturdays will continue to be all Westerns, all day. The complete schedule of titles and times is available at the getTV website.

A week or so ago I linked to Kino’s Kickstarter page as they tried to raise funds for Pioneers of African-American Cinema, a project hoping to provide “an invaluable survey of the too often underrepresented but historically significant contributions to independent cinema from early African-American filmmakers.” They’d originally planned to raise $35,000 but after sailing past that amount they’ve announced a stretch goal of $60,000. If they hit $60,000 it’ll allow them more archival access, as well as cover mastering and scoring the finished product. Their Kickstarter page is here and the perks range from a month of free Fandor.com (pledge $5) to getting a copy of the finished product (pledge $100), all the way to getting your name before the opening title of a film (pledge $4,000).

New to DVD and Blu-ray

VCI: Fans of Laurel and Hardy might want to mark May 19th on their calendars, as that’s the date VCI has announced for the release of The Flying Deuces (1939) on Blu-ray. This new Blu will contain a featurette on the pair as well as a trailer. It won’t contained the colorized version on previous releases. 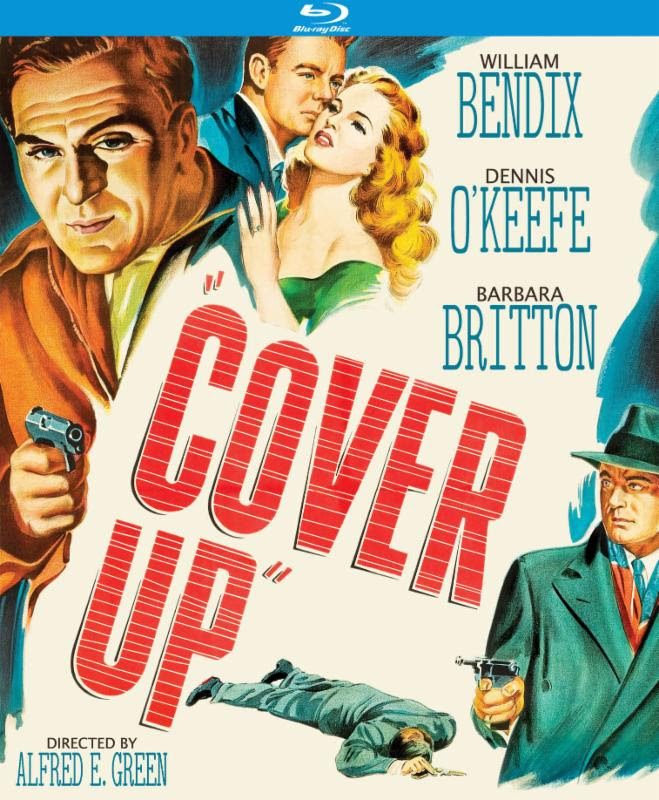