Documentarians Joan Kramer and David Heeley have had opportunities most of us classic film fans can only dream of. In their time working for companies like PBS and our beloved Turner Broadcasting (home of TCM), they’ve created enduring documentaries on the likes of Katharine Hepburn, Fred Astaire, and Errol Flynn. Now, they’re taking the stories seen while filming their work, and putting it down in the riveting tome, In the Company of Legends. With the TCM Classic Film Festival in a few days, it’s kind of a shame these two aren’t there, as the book is a compulsive read, filled with stories about several classic stars, so many that it’s surprising these two had the opportunity to meet them all!

In the Company of Legends isn’t necessarily a biography, as it isn’t detailing Kramer and Heeley’s rise to documentary fame. Nor is it an expose on the inner workings of the documentary field, lifting the veil to see how these actors truly were when the cameras stopped rolling. In its way, the book is an oral history as perceived by two very lucky filmmakers. Each tells sections of their story in their own voice, as if you’re listening to an audio commentary or having a conversation. 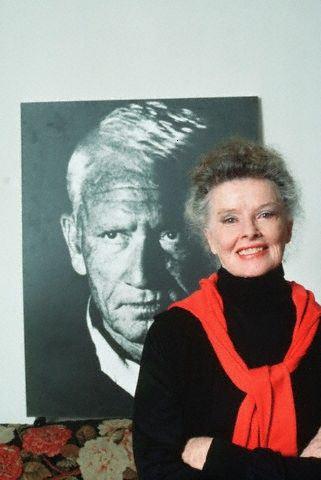 It’s fun hearing both give their individual points of view with each having their own personal skill set that cemented them as an indelible team. Heeley says he isn’t a “phone person,” hence Kramer is usually the one opening the lines of communication, acting like a bloodhound to track down each interview subject. Conversely, Kramer doesn’t have to worry about all the film set-ups and organizational minutiae that Heeley works with as a director. And it almost plays like a running joke, how often Kramer is sick during certain moments. You get the sense that neither one would be anywhere without the other, making this a book not just about some amazing actors, but a filmmaking friendship and partnership.

But you want to know about the celebrities, right? Many of the documentaries Heeley and Kramer made have aired on TCM, including Katharine Hepburn: All About Me and The Adventures of Errol Flynn. Each chapter details how the duo got the inspiration – or were prodded into it – and thus tracked down the stars, set up the situation, and eventually aired the piece. There’s also a fun chapter at the end of those documentaries that got away, including one about Cary Grant (who maintained that he didn’t do television). Both filmmakers voice come through, lovingly recreating conversations and events – aided of course by their finished products – giving the audience a fly-on-the-wall feeling.

Several of the celebrities discussed sound exactly like how you would imagine: Katharine Hepburn’s assertive style – culminating in a hilarious story about someone spilling jam on her couch cushions; the struggles of getting Olivia de Havilland to open up about Errol Flynn; or, Jimmy Stewart’s continual need to make sure Johnny Carson wasn’t being put out by his narrating a documentary on Stewart. The fact that dialogue can be recreated, blends the line between narrative and documentary-style, opening up the story for the audience to hear the numerous voices involved. I can only imagine sitting down with these stars, many of them filmed in their own homes, and hearing their stories. Kramer and Heeley got to live the dream!

In the Company of Legends is a must-read; a beautifully rendered examination of the documentary world around the mid-90s to the early-2000s (how I wish these two would make another one). Hopefully, the book will inspire TCM to air their work on a more consistent basis, as the world is always eager to learn about the golden era of stars, off the record.

In the Company of Legends hits shelves April 16th but you can preorder it below.

In the Company of Legends

3 thoughts on “In the Company of Legends” Leave a comment ›