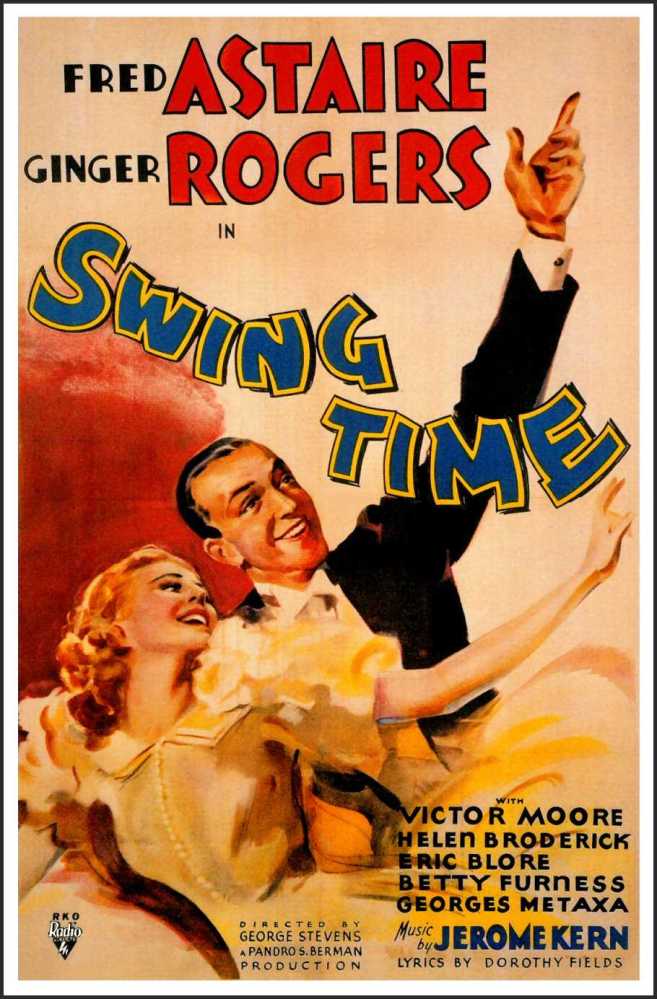 As we move further back in time with Fred and Ginger the formula’s becoming clearer and the films are finding that sweet spot that keeps me intrigued. Swing Time marks director George Stevens’ second appearance as part of the July Five, although this gave me more enjoyment than the boring Annie Oakley. The dancing is prevalent, but is able to dosey do with the narrative which sees Fred and Ginger continue to get into romantic mix-ups.

Lucky Garnett (Astaire) is set to be married, but after a snafu with gambling his soon-to-be father-in-law demands Lucky come up with $25,000 in order to secure the bride’s hand. Along with his sidekick, Pop (Victor Moore), Lucky goes to New York where he meets Penny Carroll (Rogers), a dance instructor. The two discover they’re an amazing dancing team, but as their love develops, Lucky has to figure out how to tell Penny he’s already taken!

Too often dance movies rely so much on the prowess of the actors’ dancing that they presume the audience won’t give a hoot about the story (a problem plaguing The Gay Divorcee). With Swing Time, we immediately get the basic fundamentals of the story: Lucky is such a compulsive gambler that he’ll sell his mother to win a bet. Furthermore, “happily ever after” is anything but because Lucky’s friends don’t like her. In a fun twist on the typical roles of women – giving up their dreams for marriage – Lucky’s eager to give up his job for a lady. Then again, his acquiescence is proof Margaret’s (Betty Furness) the wrong woman for him; Ginger’s enjoyment and equal talent makes her far worthier of Lucky’s love. Margaret and her father are certainly fickle, even her dog and cat turn against Lucky at the drop of a hat, but the script never demonizes her or makes her a compelling threat to Lucky and Penny’s love; she’s an impediment. And when the Lucky and Margaret come together at the end, the lack of confrontation works just as well. In fact, the comedy is heightened because the two find it so funny themselves!

Leading up to all this is Lucky’s string of less than good lucky, unless he’s trying to get cigarettes out of a vending machine! In order to secure his fortune for Margaret, Lucky and Pop go to New York. I confess, I was disappointed at the absence of Edward Everett Horton, but in his place we get the equally hilarious Victor Moore. (I haven’t gotten over his role in Make Way for Tomorrow, though!) Moore acts as Lucky’s father figure, as well as a comedic angel on his shoulder, saying what Lucky wishes he could say. When a cop pushes Lucky’s buttons, Pop breathes a silent insult that he backpedals on; “I said, ‘look out for the great, big ditch.” Wow, and I thought the Susquehanna phone call in the last film was pushing the boundaries of good taste at the time!

Moore walks away with a good portion of the picture, along with his comedic other half, Helen Broderick’s Mabel. Reminiscent of an older Una Merkel, Broderick’s sass pairs beautifully with Moore’s work as a curmudgeon. They act as a window into what Lucky and Penny’s life could be like when they’re older (and I’d have loved to have seen that!). All their lines are hilarious, especially Mabel’s “I used to go there in the summer, before the war,” to which Pop replies, “Which war?” Their old married couple routine isn’t new, but the lines and the delivery is perfect!

Ginger and Fred are also sprightlier than I thought they were in the previous films. Their first dance together, with Penny under the belief that Lucky is an amateur, is “sheer heaven!” This is an incredibly acrobatic dance, complete with Ginger and Fred leaping over a mini-fence. The big finale, comprised of several different performances, is also impressive. (There’s a Busby Berkeley feel to how everything’s staged, but the dances were choreographed by Hermes Pan.) I was skeptical of the number “Bojangles of Harlem,” which Astaire performs in blackface, but it isn’t nearly as offensive as others I’ve seen. (I’m looking at you “Abraham!”) We also get to hear some more popular standards originating here: “Pick Yourself Up” and “The Way You Look Tonight.” The latter, one of several that became identified with Frank Sinatra over the years, blends romance with modern-day, especially as Penny looks at Lucky singing it….with a head covered in shampoo (whipped cream actually. Yum!). The two’s acting is also hilarious with Rogers’ flustered attempt to plant a kiss on Lucky failing miserably. “How do you like my dress…..Thank you!” 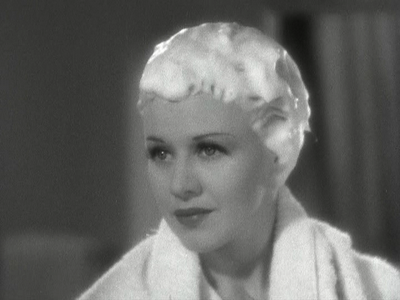 For me, this is what a Fred and Ginger film looks like. I can only imagine what Top Hat will end up doing to me. The addition of Moore and Broderick also creates additional moments of humor. The songs are great, but the dances are even better!