Often used as the poster child for the pitfalls of Hollywood, Jeanne Eagels has a tragic story commonly associated with the blondes of Tinsel Town; considering Eagels’ prolific career on the stage and in the early decades of Hollywood, she might be the origin of the stigma. Authors Tara Hanks and Eric Woodward have the unenviable task of sorting through a life now only told through magazine articles and biographies from those who knew her second-hand, but Jeanne Eagels: A Life Revealed does the best it can with little.

Derided by today’s Hollywood as an unprofessional, drunken lout – slapped with the nickname “Gin Eagels” towards the end – Hanks and Woodward wade through the rumor and innuendo to get at the facts. Jeanne was the mistress of her own publicity, changing names, dates, and locations to suit her purposes, so much of her life could certainly remain a shadow. The authors present Jeanne as a young woman of big ambition, who made it to the top and still wanted more…or did she? 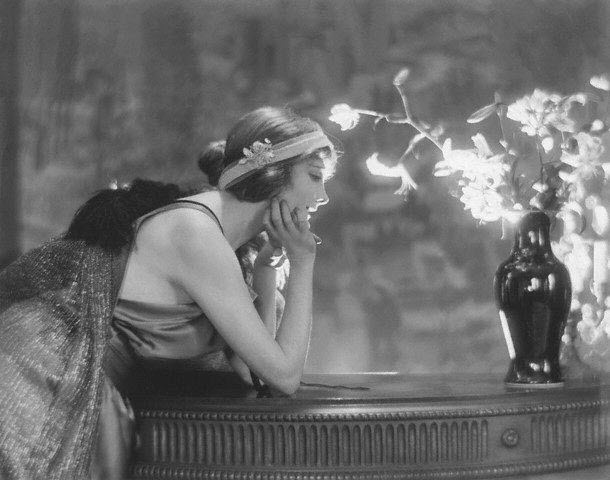 Although never as messy as the life of Marilyn Monroe, Jeanne Eagels’ life revolved around work, to the detriment of her relationships. Numerous friends and loved ones are quoted, many contradicting each other, about Jeanne’s desire (or lack thereof) for a stable marriage and children. To Jeanne, work was her life, and what work she did. With a prolific output of work on the Broadway stage – with work like Her Cardboard Lover (with a then working man’s Leslie Howard) – Jeanne cemented her legendary status immortalizing the role of Sadie Thompson in W. Somerset Maugham’s Rain.

Sadie Thompson was a double-edged sword for Eagels, giving her a role that many said was never bested by other actresses (including Rita Hayworth and Joan Crawford) while giving many the impression that Eagels was like her Thompson character. It’s around this time that Eagels’ professionalism started to waffle, with her missing performances. Her brief foray into Hollywood, culminating with her performance in the first interpretation of The Letter (1929) was the apotheosis of Eagels’ career. It’s unknown how’d she have fared in Hollywood – theatrical actors tended to have trouble losing theatricality – but her rapid demise is tragic in its lingering questions.

Even when Eagels’ life enters its final stages, Woodward and Hanks are never less than respectful. Since Eagels’ spent most of her life on-stage, the book does have a call-and-repeat structure of referencing titles, discussing her time, and then moving on to another production; coupled with this is the bland inclusion of snippets from all of Eagels’ press coverage. This is great in small doses, but I tended to skip them entirely as there’s no examination of them.

Factoring in how much time has passed since Eagels’ death, this book’s existence is a marvel. Hanks and Woodward present the clearest portrait of Jeanne Eagels’ that’s out there, and though the technical structure of the book isn’t the most engaging, the grist of the narrative (Eagels’ life) is adeptly detailed. If you’ve ever wanted to learn about Jeanne Eagels’ outside of the boring Kim Novak biopic, give it a read.

Interested in purchasing today’s book?  If you use the handy link below a small portion is donated to this site! Thanks!