News in a nutshell: getTV gets some “variety” and more, director Mike Nichols is honored this week, TCM screens more classic films in March, and what’s new on DVD and Blu-ray

getTV announced that their March scheduling will now include the 1957 crime comedy television show, The Thin Man. This rare television event is based off the William Powell/Myrna Loy movie of the same name, substituting those two for Peter Lawford and Phyllis Kirk. The series airs every Wednesday in March at 8pm ET. The network announced plans to devote months to future series like Gene Roddenberry’s The Lieutenant and The Jimmy Stewart Show. getTV’s also continuing their tribute to classic variety shows, with every Monday in March featuring a new series from The Judy Garland Show to the Jim Nabors Hour and more! You can get the complete schedule at the getTV website. 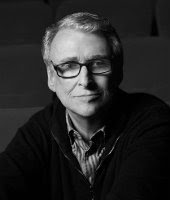 I’ve never visited the Wallis Annenberg Center for the Performing Arts but I’ve heard more than enough about the amazing programming that takes place there. If you’re in the Beverly Hills area this coming Saturday you might want to buy tickets for their upcoming tribute to the late director Mike Nichols. Two of Nichols’ best work will be screened – The Graduate (1967) and Who’s Afraid of Virginia Woolf (1966) – and there will be a panel discussion with screenwriter Buck Henry, Vanity Fair’s Sam Kashner, and Producer Lawrence Turman. Single tickets are $15. You can learn more at the event website.

A reminder that the next TCM and Fathom Events screening is Charlton Heston’s The Ten Commandments (1956). The film celebrates its 60th-anniversary with a special introduction by Ben Mankiewicz. Tickets are on-sale now.

Kino: Kino tries to take on Warner Archive for the most diverse crop of titles. They announced their May slate last week which will include a healthy dose of noirs – Arthur Ripley’s The Chase (1946) making its home video debut, A Kiss Before Dying (1956), and two box sets comprised of their latest individual releases. They’re also releasing the Buster Keaton Short Film Collection (1917-1923), a five-disc set composed of their previous Keaton shorts as well as 13 newly debuted shorts Keaton collaborated on with Roscoe Arbuckle. All of these arrive on May 24th.

Olive: Also on May 24th, Olive puts out three titles – The Private Affairs of Bel Ami (1947) starring George Sanders and Angela Lansbury, Clark Gable’s The King and Four Queens (1956) and John Wayne in Legends of the Lost (1957). Bel Ami is the only one receiving both a DVD and Blu-ray release, while The King is Blu only and Legends is DVD only.

The Film Detective: Film Detective announced the release of The Red House (1947) on Blu-ray March 29th. This will be an upgrade from the previous release Film Chest debuted in 2012.