“Come with me and you’ll be in a world of pure imagination!” In 1964 author Roald Dahl wrote a morality tale about a group of children who visit a chocolate factory and 45 years later the film version, released in 1971, remains an iconic piece of most people’s childhoods. Fathom Events and TCM recently paired up to bring the film back to the big screen and though I’ve watched it countless times before I couldn’t pass up the opportunity of watching it on the big screen…and doing a Mint in the Box review.

Charlie Bucket (Peter Ostrum) is one of the five lucky winners of a golden ticket giving him entry into the chocolate factory of the reclusive Willy Wonka (Gene Wilder).

Writing anymore on the plot leaves the uninitiated – if they can exist for this feature – believing they’re watching a horror movie; “the other children, all spoiled and selfish, start disappearing, one by one, leaving Charlie to wonder what the ‘grand prize’ is.” Then again, almost all Dahl’s texts delivered morals through fear and otherworldly experiences, just read The Witches sometime! Director Mel Stuart, by the 1970s better known as a documentarian, took a chance on this feature film and what it may lack in apparent strangeness it compensates with through setting and atmosphere.

Wonka’s factory and Charlie’s home are in a place that’s meant to be Anywhere, no country or town. Charlie speaks with an American accent, yet his school and town has a heavy amount of British residents, and the architecture is medieval looking. This is, in part, due to budgetary constraints so much of the filming happened in Munich and Bavaria, but it puts the audience on-edge. Charlie presumably represents any good child, regardless of nationality (note I do no say race), yet the old-fashioned town that surrounds him hearkens back to a simpler era….where disappearing, and disciplining, children was more severe. 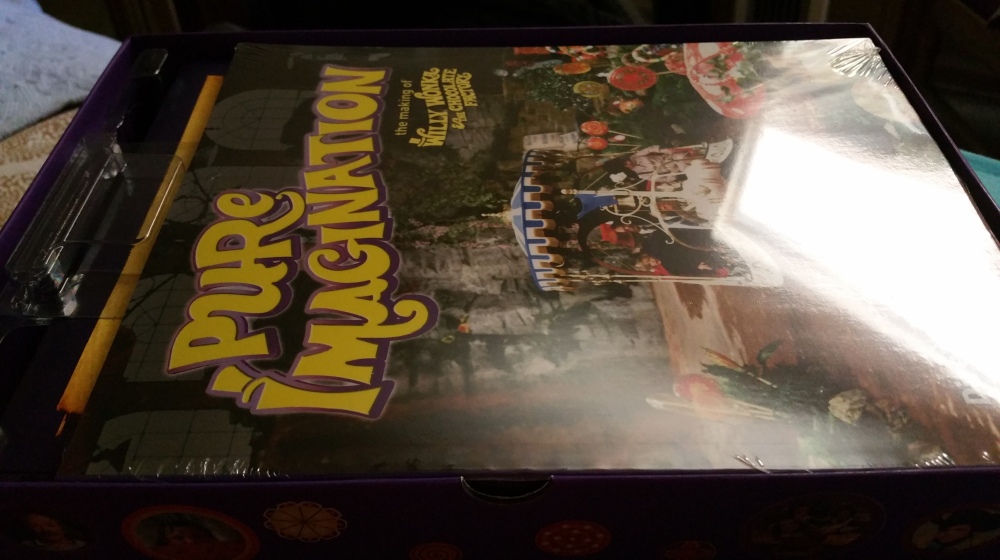 The cast of characters have to work in perfect unison on a project like this, as you have to love or hate certain characters intensely, yet question whether Wonka is a hero or villain. Charlie Bucket is the one we’re meant to root for, and unfortunately Peter Ostrum doesn’t do enough for me even on a big screen. Something about his facial expressions leaves me believing he’s either in pain or about to cry…then again his family subsists on cabbage water so I should be happy he’s not sobbing throughout. Jack Albertson is delightful as Grandpa Joe and, in another bit of multinationalism, Charlie’s grandmother, Grandpa Joe’s wife, and his other set of grandparents are seemingly German. There’s gotta be a story there!

If you’ve read my review of Julie Dawn Cole’s biography, you’ll recall that Veruca Salt is my favorite character. Sure, she’s spoiled but Cole’s sneering and screaming never failed to bring joy into my heart. Hey, Veruca was just a gal who knew what she wanted. The other child stars don’t have to give award-worthy performances and each inhabits the character, although let’s hope not in reality. 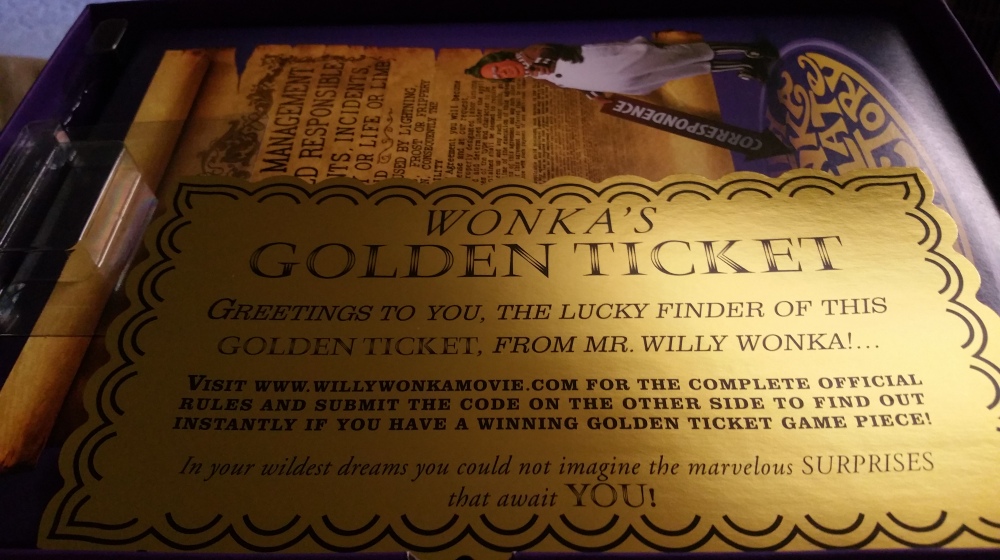 But it’s Gene Wilder who sets the tone for the rest of the movie. He’s both a charlatan, a conman, a father figure, and an entrepreneur and from the minute Wilder goes into a somersault, you’re open to anything happening. The set design is also worth praising, particularly the legendary reveal of Wonka’s chocolate factory. Everyone picking stuff to eat with “Pure Imagination” playing is the encapsulation of every child’s dream. But within those dreams are nightmares. Sorry, but the Oompa Loompas will never cease to terrify me!

Now, you might recall the Willy Wonka 40th Anniversary box set that came out in 2011. Unlike the Sound of Music box, this one pulls out like a drawer, a bit inconvenient for quick access to the disc and special stuff inside. You’ll find a production book, featuring never-before-seen photos and a rundown of the film and its creation. There’s also a nifty Golden Ticket inside that was meant to serve as promotion for a contest but now it’s just a fun replica. You’ll also discover various replicas of production notes, the “golden tickets” inviting the cast to join the film. The actual DVD and Blu-ray comes in a case that looks like a Wonka bar, and there’s a great pencil case with three pencils and an eraser. Th front of the box said the pencils were supposed to smell like chocolate but they just smelled like pencils…and I looked like a weirdo for sniffing them.

Willy Wonka and the Chocolate Factory is a children’s classic that doesn’t talk down to its target audience and, most importantly, plays well with parents or adults without children.