As Method acting rose to prominence, cinema took notice and started gobbling up stage-plays, giving Method actors a playground for their finest work as well as retaining a print of the play for posterity. The early-1950s saw a litany of stage-esque stories, all of which start melding together with their emphasis on naturalism, stark photography, and determined acting. The Member of the Wedding is based on a play by Carson McCullers. With its racial component and Southern setting, it’d be easy to compare this to the more successful To Kill a Mockingbird (1962) a decade later, but that’d be reductive. Either way, though boasting an amazingly natural performance by Ethel Waters and TCM’s Summer Under the Stars recipient James Edwards, The Member of the Wedding is a fractured reminder of early-1950s dramatic weakness.

12-year-old Frankie Addams (Julie Harris) is a tomboy desperate to be included. She believes she’s found just the ticket out of her small town when her brother announces he’s getting married. Inspired to glom on to the newlywed couple, only Frankie’s caregiver Berenice (Waters) is kind enough to tell Frankie the truth. 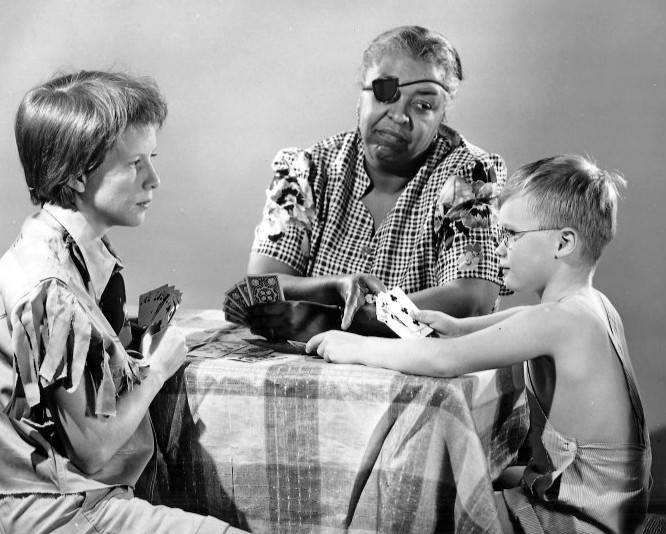 Director Fred Zinnemann directed several high-profile projects including High Noon (1952), From Here to Eternity (1953) and A Man for All Seasons (1966), sweeping morality tales mired in conflicts of ideology or identity. This explains The Member of the Wedding’s inner themes surrounding young Frankie. Frankie doesn’t fit in anywhere – and not just because she’s played the then 27-year-old Harris. Recently ignored for a membership in an exclusive girls’ club, Frankie doesn’t look like any of the other girls in her town and desperately dreams of grand adventures and romance, all of which Berenice indulges with a smile and a chuckle. Every teenager has delusions of grandeur and if you asked Frankie she’d say her delusions are the grandest!

But complications arise when Frankie becomes determined to go on her brother and sister-in-law’s honeymoon. Ignored by her workaholic father, and seeing herself surrounded by those inferior to her (Berenice as well as Brandon de Wilde’s John Henry), Frankie believes she can reinvent herself by attaching herself to the young lovers, though, ultimately, they see her more as a niggling parasite than anything else. It isn’t that the characters are good or bad – Frankie’s brother loves her – it’s just that they have their own things in life, while Frankie has nothing but fantasy and dreams, and when those aren’t achieved she lashes out.

A tender tale of dreams deferred is present, but Julie Harris’ portrayal of the young Frankie is hard to swallow. Compared to other older actresses playing young, like Joan Fontaine’s character in The Constant Nymph (1943), the film hinges on the audience’s blindness to Harris’ age. Harris was pushing 30 and though she’s young, easily passing for 16-18, there’s not a lot a haircut and some long clothes can do to make us believe she’s a child. Harris is Mary Martin if she was playing John and not Peter Pan, it’s passable but far from believable. Complicating things further is Harris’ affected way of talking. Teenagers often present ersatz formality, but with Harris her tendency to talk eloquently is at odds with the infant-like temper tantrums she has. One minute she’s swooning and the next she’s throwing knives and screaming like Patti McCormack in The Bad Seed (1956), another stage adaptation.

Harris’ performance, Oscar-nominated, I should mention, only highlights why Brandon de Wilde aces everything. His young John Henry, fraught with his own gender-bending issues – he enjoys playing with dolls and dressing up in Berenice’s clothes – is a child still forming an identity, yet he never devolves into hysterics like the older (wink, wink) Frankie. He’s content to be the member – pun intended – in Frankie’s world. He’s the light, the cheery center that people often ignore because he’s so busy making others happy, which ends up having dire consequences in the end. Paired with Waters, de Wilde introduces the movie’s best sequence by singing a hymn alongside Berenice.

The true revelation is Waters as Berenice. It’s ridiculous to know she wasn’t nominated for this film because without her turning off the film ten minutes in would be easy. Waters’ sadly poignant Berenice indulges Frankie’s fantasies but understands oppression and a lack of opportunity more than Frankie will ever know. Acting as Frankie’s foil is James Edwards as Berenice’s adopted son Honey. A trumpet player with a propensity for trouble, Edward lives up to the character’s name, drawing in Frankie and Berenice with his playing, but falling back on them when he continuously runs into trouble. Factoring in the time period makes it easy to see why Harris’ character is the focus, but it’s frustrating that her story distracts from the far superior one between Waters and Edwards.

Recently released on Blu-ray via Twilight Time, The Member of the Wedding is an obscure representative of early-1950s cinema. Bounded by its stage origins with a rather histrionic performance by Harris, the naturalism angle is deployed to greater effect with Waters, Edwards and de Wilde, who are worth the watch.