John Wayne is an actor I’m still mixed on. I’ll probably never have the deep, emotional connection to him that my dad and countless other fans have. But there’s something indelible about the man known as “the Duke” that makes him timeless. So when HDNET Movies announced a celebration of Wayne and other cowboy actors as part of their Western Icons series I decided it was worth covering. It helps that the Western Icons series is being introduced by Ethan Wayne, son of John Wayne himself. Ethan will be sharing stories and memorabilia as part of the 10-day tribute (running tonight through May 28th), as well as discussing his famous father and other Western stars like Randolph Scott, Clint Eastwood, and Gary Cooper. Ethan Wayne was kind enough to answer a few questions from readers and myself about what fans can expect in the series and what it was like hanging out with his movie-star father.

Can you give some background on how you got involved with HDNET’s Western Icons tribute?

The request came in through our PR department and we loved the idea and the films.

You’re hosting the series for ten nights, what can fans expect outside of getting a chance to see these incredible movies?

Although most of this was before my time, I’ll have some stories related to actors or films, and also memorabilia related to the films or the actors that have been in the John Wayne archive for at least 50-60 years.

What was it like hosting something like this and getting a chance to introduce movies from your dad, as well as from other famous Western stars?

It was an enjoyable experience for me as I got to revisit some great western films, not only with my father but with a great number of other western icons.

In your opinion, what is it about the Western that you think still endures today?

The Western endures because of the set of values that the films embody and being transported to so many incredible landscapes, and also the necessity for the leads to be self-reliant, willing and capable.

Looking back on your dad’s work now, what do you think it is about him and his features that remains so iconic to audiences?

John Wayne represents the man we’d all like to be, and that never gets old. 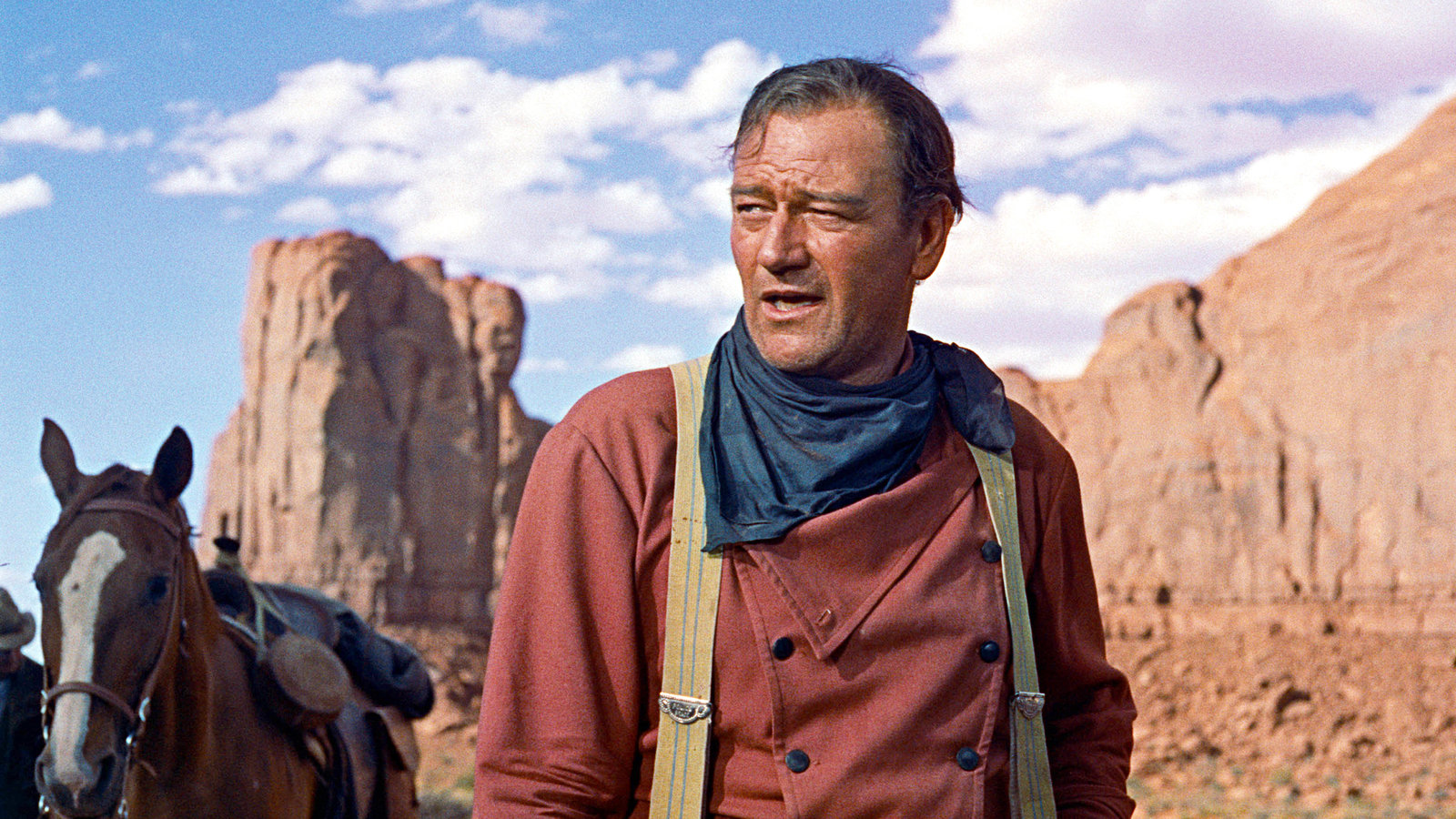 You worked on the set of your dad’s film Big Jake (1971) as a child. What was that like working with your dad, especially with him being director, star, and your parent? (I erroneously wrote “director” in the question.)

He didn’t direct Big Jake, but for me it was slightly different than others because I was much more involved, but I still basically just did what my father said.

The Cowboys (1972) was one where I got to be on the set with the other young guys and because I was old enough to wander off on my own.

What are some of your favorite Westerns people should take time to check out?

It changes because I get to see my dad in different periods of his life so I come at it from a different angle than most people. My favorites are the greats: True Grit (1969), The Searchers (1956), and The Shootist (1976). But for me, I enjoy seeing him in different situations and time periods.

You can see the complete schedule of films and times for HDNET Movies Western Icons series at their website. Thank you to Ethan Wayne and the HDNET Movies crew for making this interview possible!