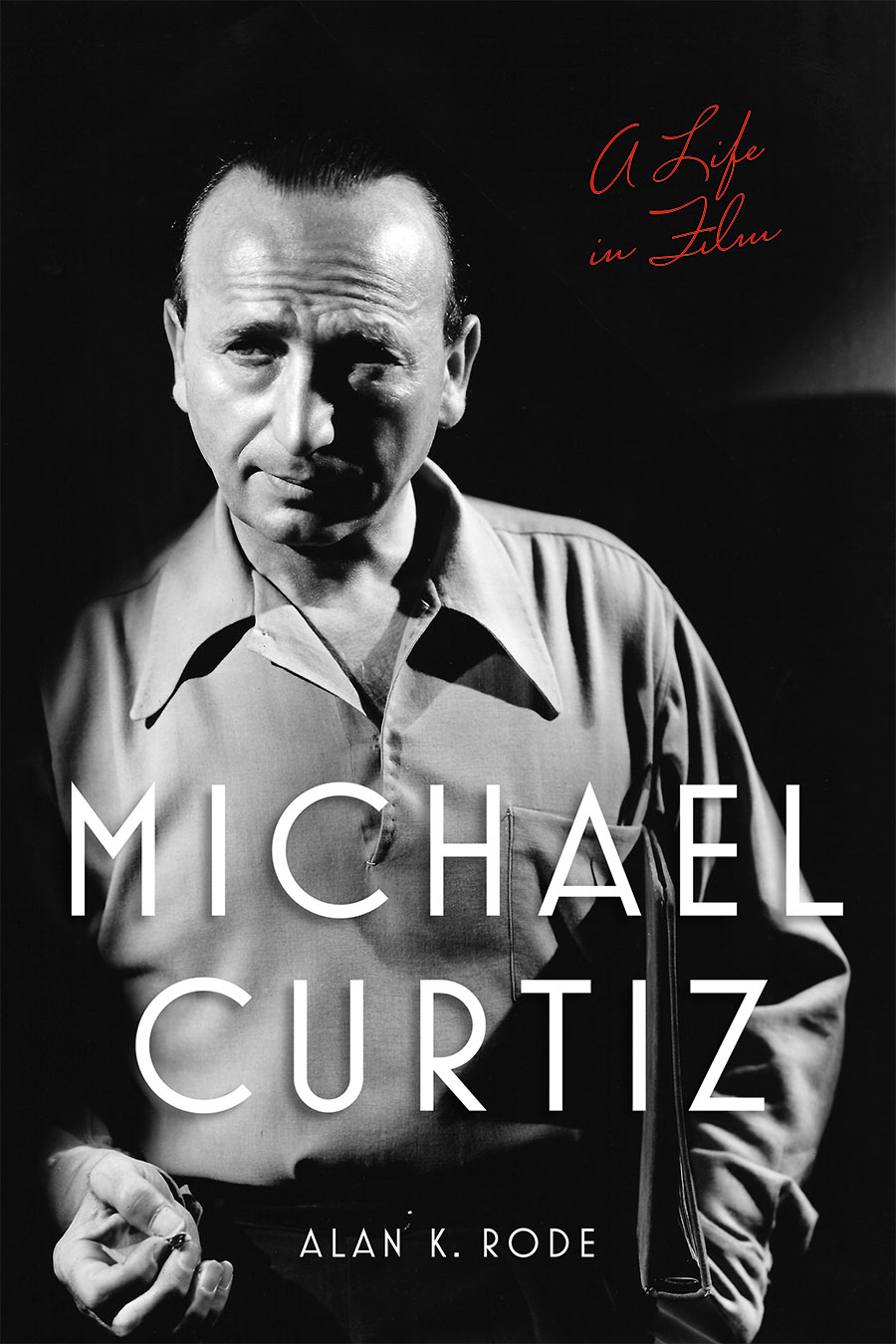 If you read my extensive interview with Michael Curtiz biographer, Alan K. Rode, then you know Curtiz was a director with a mania for filmmaking. The famed Hungarian helmer of such works as Casablanca (1942), White Christmas (1954), and 176 other works was always working on a film while simultaneously prepping the next. It’s amazing that for such a prolific director such as Curtiz that Rode’s book is only 600 pages. But if you want any serious knowledge about the history of film, Curtiz is at the forefront of most of it and Rode’s book is a masterwork. Michael Curtiz: A Life in Film isn’t just one of the best biographies, it’s one of the best books about Old Hollywood.

Rode’s tome is exhaustive but never exhausting. He charts Curtiz’s life from the moment of his birth as Mano Kaminer, who would eventually transform into Mihaly Kertesz, and then, eventually, the man we know as Michael Curtiz. (Interestingly, Rode kicks things off by saying we’re all mispronouncing Curtiz; it should be Curt-TEZ, not Cur-TEEZ.) The young Kertesz worked his way through the ranks as an actor in the burgeoning world of Hungarian cinema before making his directorial debut in 1912. Curtiz was drawn to epics right away, creating expansive works like Sodom und Gomorrha (1922) and his masterpiece, at the time, Noah’s Ark (1928). It was the success of Noah’s Ark that caught Hollywood’s eye and it was a whirlwind of projects from there.

But as much as Curtiz worked it’s hard he always felt he was on the razor’s edge, and part of that was of his own making. Curtiz was a director who believed his works were his own, and not the creation of studios. Rode lays out Curtiz’s chronic desire for multiple takes and unique camera angles, his love of mirror shots, and his work with cinematographers that made his movies look so fantastic. But things like this cost time and money, neither of which the studio heads were interested in, leading to many an angry missive telling Curtiz to get the film done. This could explain why Curtiz is often considered a “journeyman” director – a term I’m guilty of applying to him – when that’s not the case. Rode examines all the different identifiers that make up a Curtiz film, proving that the director was seeing the film through the lens of director, cinematographer, and editor at times.

Of course, Curtiz also lived an incredibly extravagant lifestyle which didn’t help matters. Too often in biographies the author is limited by their sources and thus rely on the professional side of their subject. Not so here, as Rode dives deep into discerning who Michael Curtiz, the man was and, sometimes, the man was a bit of a cad. Rode’s examines Curtiz’s long-term marriage with Bess Meredyth, the woman often cited as collaborating and working with him on several projects. As well as they worked in cinema Rode emphasizes their sometimes toxic relationship that left Meredyth emotionally crippled. Curtiz also had several children out-of-wedlock, many he outright refused to support. The fact that Rode gathered the information to look at each individual child is stellar as this is information that usually never makes most biographies. It’s here that the reader is left to determine how they feel about Curtiz as a person, work be damned. Rode himself said he grappled with writing about a man who was a poor father and that makes the book all the richer.

However what’s most important about a book about Curtiz is the work, and Rode more than proves himself capable of tackling how Curtiz fit into the Hollywood of the time period. He has the unenviable task of not only deconstructing Curtiz’s life and career, but the lives of the various people he worked with, from Jack Warner to producer Henry Blanke to assistant director Tenny Wright and dozens of others. The title may focus on Curtiz, and it rightfully should, but Rode unfolds his tale within the larger narrative of Hollywood coming into its own. Did Curtiz shape Hollywood, or did Hollywood shape Curtiz? According to Rode, the answer is both.

Michael Curtiz: A Life in Film is the definitive biography on Michael Curtiz. Alongside its passionate and knowledgeable examination of Curtiz’s career, Rode creates a well-written expository look at Hollywood.

Classic film stars wrote letters and sent out invitations that had class and elegance. You can recreate that with the amazing service known as Paperless Post. Paperless Post lets you create custom invitations with beautiful backgrounds from the likes of Kate Spade and other top designers. I got the chance to use Paperless Post to schedule my latest TCM Backlot meeting and it was fantastic. The invitations looked beautiful, and their online tracking feature helps you keep track of RSVPs, regrets, and (not to out anyone) who read the invitation, but didn’t respond. I’m excited to keep using Paperless Post for future TCM events, and anything else I need invitations for. You can see the full slate of invitations, birthday cards, and more at the Paperless Post website. #ad #sponsored

2 thoughts on “Book Review: Michael Curtiz – A Life in Film” Leave a comment ›