I missed seeing Those Redheads From Seattle when it screened at the TCM Classic Film Festival last year and, really, that might have been for the best. The year 1953 is generally associated with 3-D as the gimmick rose and fell all in 12 months. Nearly every genre of film attempted to find a way to use 3-D imagery, some good and most….not great. Those Redheads From Seattle isn’t even the first musical to use 3-D that year – Kiss Me Kate used it as well (and at TCMFF two years ago it was great fun to see). There’s a fun cast here, led by reliable character actress Agnes Moorehead, but Those Redheads just aren’t that interesting. What few musical numbers are there aren’t memorable, the storyline has been done better in earlier (and later) films, and the studio editing leaves many characters ill-defined. Kino’s Blu-ray release from last year is gorgeous to look at, but a slog to get through its 90-minutes.

A woman and her four beautiful daughters travel to the Yukon territory during the 1800s in the hopes of being reunited with their patriarch. But when they find out he’s been murdered because of his newspaper, the family has to struggle to find a way to sell off the paper and make the best of a bad situation.

Director Lewis R. Foster was better known as a screenwriter, working on the scripts for Mr. Smith Goes to Washington (1939) and The More the Merrier (1943). As a director, Foster was generally relegated to shorts for much of his career before transitioning to Westerns and actioners, so a 3-D musical wasn’t exactly in his wheelhouse. There are also two additional screenwriters attributed to this script, including Foster which could explain the haphazard nature of the film. We’re introduced to the denizens of the Yukon territory, which just looks like a snowier version of the town in The Harvey Girls (1946). In fact, nearly everything in this movie seems like a gaudier, 3-D take on that Judy Garland film, from the villains being associated with the local saloon to the differing female leads with myriad goals. Vance Edmonds (Frank Wilcox) is the head of the Edmonds clan, but he’s quickly offed by saloon owner Johnny Kisco’s (Gene Barry) right hand man for printing disparaging things about Kisco in his paper.

The transition from murder to happy family life is just as abrupt as it sounds and we’re immediately pulled into a standard turn-of-the-century story you’ve seen countless times. Agnes Moorehead as Mrs. Edmonds is the film’s high point. Her matriarch is tough yet loving. She’s unafraid to slap her daughter for speaking out of turn, yet feels terrible about it after. Moorehead never got the opportunity to lead many features and she’s so wonderful to see as a mother who genuinely loves her children – unlike her perpetually scheming Endora in Bewitched. 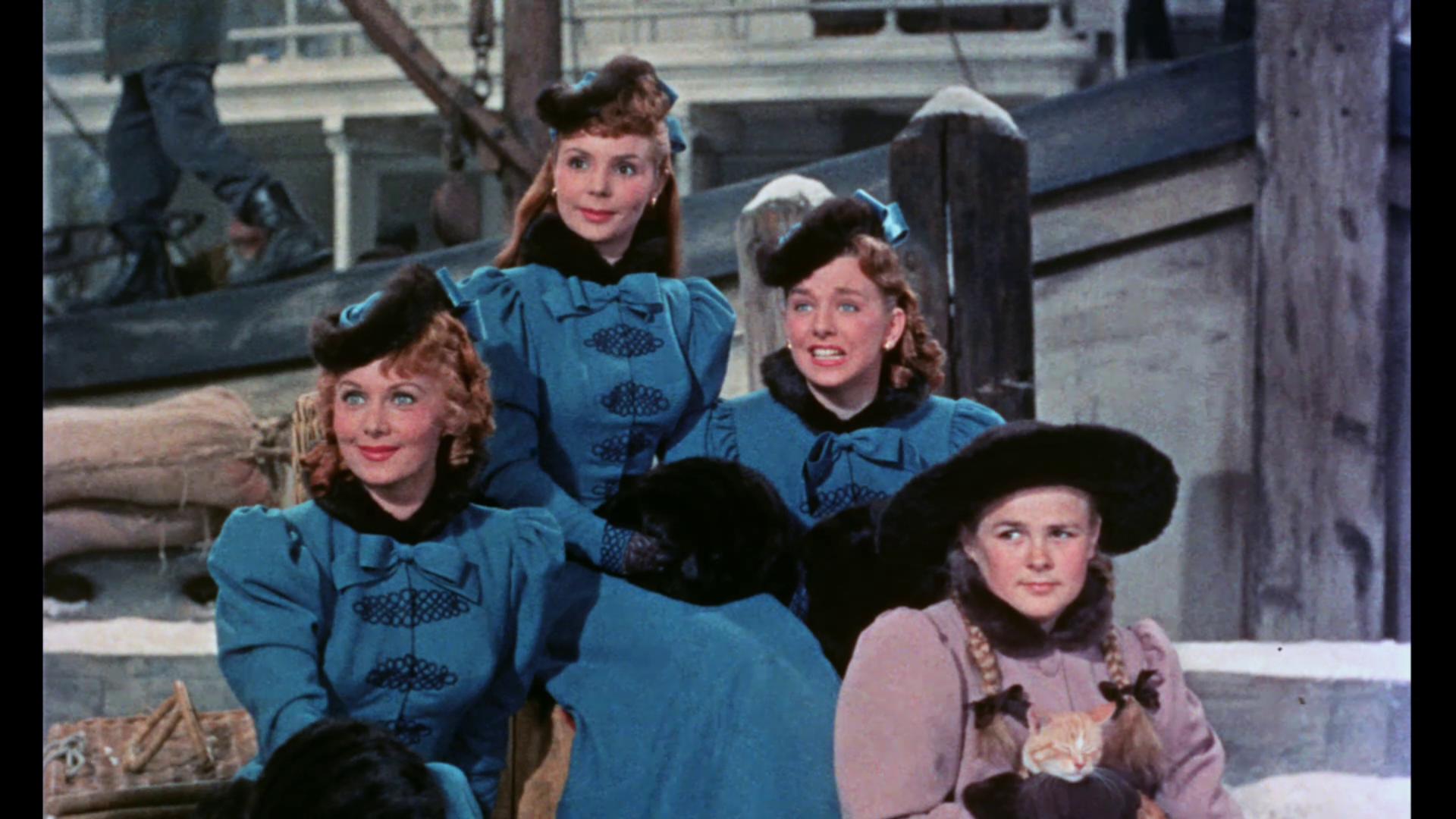 As far as the “redheads” go, they’re fun if unspectacular. The biggest name is actress Rhonda Fleming playing the straight-arrow daughter Kathie. She’s the one involved in a back-and-forth relationship with Johnny Kisco, and the whole thing feels completely at odds with its time period. Say what you will about Judy Garland and John Hodiak in The Harvey Girls, but they at least blended into the time period if not fully inhabited it. Fleming and, most especially, Barry, stick out like sore thumbs; they’re like ’50s people dressing up and taking pictures in front of an 1800s background. Teresa Brewer’s Pat is also given a significant portion of the feature as the little sister drawn to burlesque. The problem is nothing feels particularly defined, possibly due to studio interference that caused the nearly two-hour feature to be cut down to 90-minutes on the nose. The songs themselves are all rapid-fire, but there’s aren’t any particularly catchy hooks and the songs themselves come off as nothing more than a chorus and a verse. Were those cut down as well?

It’s hard to write anything, either positive or negative, about Those Redheads From Seattle. The movie hits all the beats of what it thinks a popular musical will be, but everything is derivative. Agnes Moorehead is great, the costumes are lovely, and the 3-D gimmicks are fun to see even if you’re watching the 2-D version. But it’s easy to understand why this isn’t lifted into the grand pantheon of classic movie musicals. Those Redheads From Seattle just don’t have any life in them.

2 thoughts on “Mad About Musicals: Those Redheads From Seattle (1953)” Leave a comment ›