After watching the sweeping war epic Since You Went Away (1944) a few weeks back it’s easy to forget that not every feature churned out during wartime had the same emotional impact and budget. Some movies, though good-hearted and well-intentioned, could veer from sentimental into maudlin in an instant. Such is it with Warner Bros. Tender Comrade. The film infamous for condemning and blacklisting screenwriter Dalton Trumbo and director Edward Dmytryk, Tender Comrade starts out strong before disintegrating into a sobbing weepie you’ll wish stopped crying.

Jo Jones (Ginger Rogers) has just sent her husband, Chris (Robert Ryan) off to war. Hoping to save some money, Jo decides to buy a house with a group of “war widows” and create a truly democratic society within. But unfortunately outside complications intrude, with Jo flashing back to look at her marriage with fresh eyes.

More infamous than anything else, Tender Comrade was cited as Communist propaganda during the McCarthy hearings in the ’50s, not only for its use of “comrade” in the title – itself pulled from a line in a poem by Robert Louis Stevenson that opens the film – but for its presumed left-leaning look at democracy within the American home. The fact that this is put in the hands of women might have also had a hand in it. Star Ginger Rogers, a staunch Republican, later came out against the film, saying that there were un-American speeches written she didn’t feel comfortable stating, and the film saw revisions with the ending, filmed after production had wrapped.

This interference might explain why Tender Comrade feels so clunky. On its face it’s the story of five women from various walks of life living in a house and hoping to run things democratically, with the unspoken implication that they might solve things quicker than men would. Like a more serious Stage Door (1937), the audience sees the group of women butt up against problems and clashes of personalities. The weary Barbara (Ruth Hussey) is especially irritated at how Jo judges her life. Barbara is married yet believes her husband is cheating on her – literally living up to the “girl in every port” mentality.

While he’s gone she decides to start seeing other men, which leaves Jo to act as the voice of reason. The movie doesn’t want to outright give Barbara’s views logic, though she mentions how her husband’s infidelity as well as the fact that she’s young and the threat of death is everywhere. If he’s out getting his, why can’t she get hers? And in a less “rah-rah” feature Jo might have been able to democratically discuss with Barbara their feelings, like they intended when they bought the place. Instead she turns into your mom who speechifies for 30 minutes to remind you there are children starving in Africa and you should LOVE those peas in front of you. It’s to say that Jo’s a bit too fervent in her reminders that there’s a war on and the women should be living in the hopes that their men will come home. Immediately after this Barbara is cursed with bad news, a not-too-subtle reminder that bad women have bad things befall them. 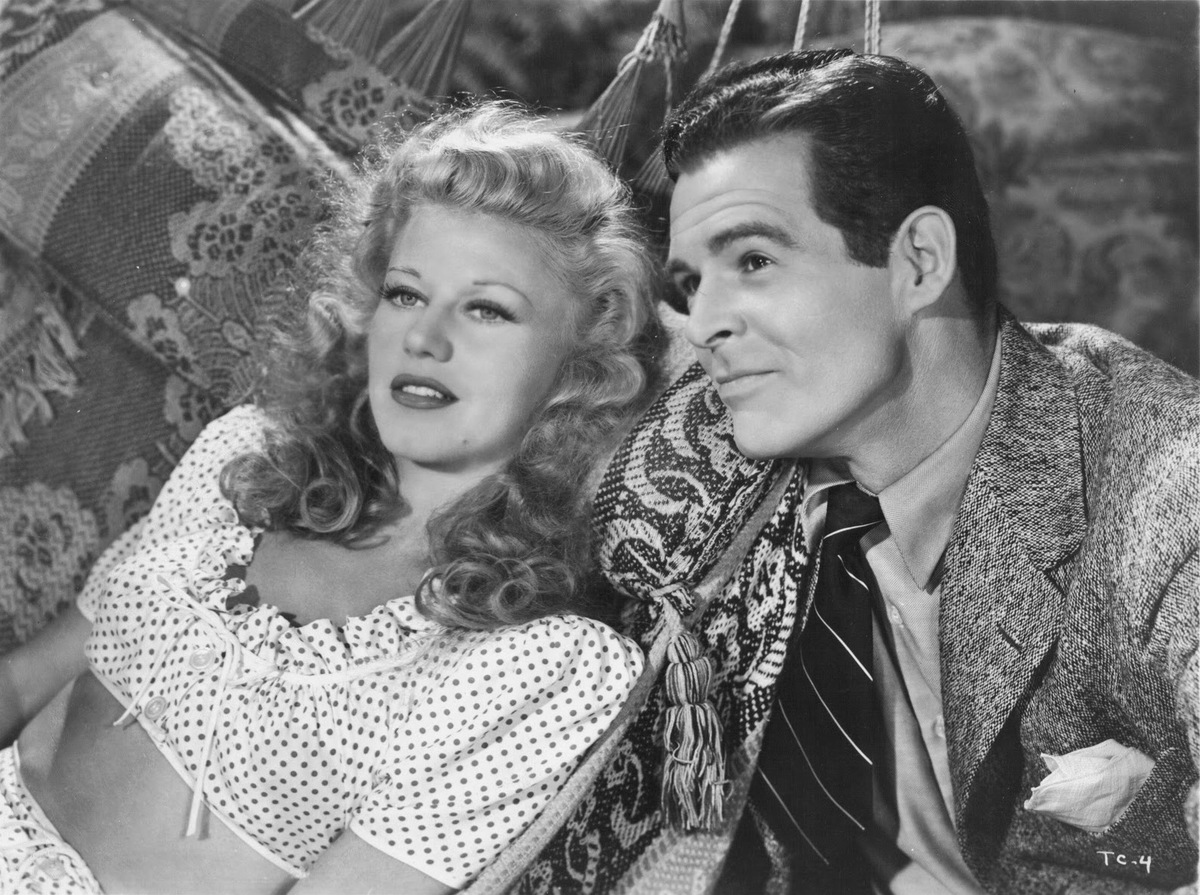 This dynamic aside, the rest of the women allude to interesting plots, particularly Patricia Collinge’s Helen and Mady Christians’ Manya. The former is an older woman with both her husband and son in the war, while the latter is a German immigrant trying to deal with the cultural changes of being a German in the midst of a war fought against her country. Christians receives an especially impactful speech about how her country didn’t “lose” their democracy, but that it was “murdered like a small child.” The angle of being a member of a country that’s deemed our enemy wasn’t the de facto perspective in American war pictures, and Christians presents the idea that Germans were fleeing the country because they disagreed with its politics. As for Collinge, she’s delightful as the sweet woman with two generations of men at war. The problem is neither actress is given anything more than identifying characteristics and an individual scene with Jo.

This is Ginger Rogers’ film, and she is solid, if not overbearing in her character. In nearly every scene of the movie Jo Jones is the only character with a history, drawn out in flashback, and a solid reason for living. Rogers is good, but she does enter into histrionics, particularly in the end with a knuckle chewing moment of emotion that’s punctuated by out-of-place voiceover. You’ll know this was filmed at the last minute. Her scenes with Robert Ryan are cute, but they seem unnecessary. We don’t need to watch their romance unfold from marriage proposal to eventual parting to care about them. Having watched Since You Went Away, a movie that didn’t overload the film with characters to create empathy, it would have been nice to keep Ryan as a background figure, to have us care about him because Jo does.

Tender Comrade pleased audiences in 1943, but it’s hard to find much to love about it today outside of the acting from Rogers, Collinge, and the others assembled. A rote weepie meant for you to dab your eyes at.

Interested in purchasing today’s book? If you use the handy link below a small portion will be donated to this site!  Thanks!