Outside of being an amazing opportunity to gather with like-minded folks and watch movies, the TCM Classic Film Festival is the place to hear bizarre stories about movies caught in legal limbo. (I’m fairly certain this festival is the only time where a legal affairs officer can enthrall an audience for 20 minutes.) In fact, if not for the folks who attend the TCM Classic Film Festival, we’d never have been able to watch this delightful Ginger Rogers rom-com. One of six titles sold “out of library” to Merian C. Cooper as collateral for his time as RKO President, Rafter Romance was feared lost for decades. In 2006 a TCM fan asked about it, leading to a massive search that ended at Brigham Young University that held RKO’s archives. Nearly every print of Rafter had been purged in Cooper’s purge – he wanted to be able to remake it later on – but a negative still existed in BYU’s archives. The movie was cleaned up and now you can watch it whenever you want! TCM fans, we get the job done. Rafter Romance is a cute pre-Code rom-com in the vein of The Shop Around the Corner (1940) with Ginger Rogers at her bounciest.

Mary and Jack (Ginger Rogers and Norman Foster) live in the same building but individually struggle to pay the rent. Their nosy landlord decides to cut costs by making both of them live in the attic. Since Mary works during the day and Jack works at night, the two never run into each other but leave notes grousing about the other’s conduct. When they meet by chance – each not realizing who the other is – sparks fly, but will it survive once they learn they live together?

Rafter Romance has a premise that sounds like the origins of Airbnb: Two people have to live in a space, but because they work competing hours they never see each other. Mary works as a telephone saleswoman for refrigerators. She spends her days getting out a speech before the customer hangs up. Jack is an artist trying to head off the advances of the delightful drunk society woman Elise Peabody Worthington Smythe (Laura Hope Crews). Once they’re slammed into the same space together the brief runtime is liberally dusted with the two grown adults pulling pranks and leaving passive aggressive notes to each other. The notes themselves are where the comparisons to Shop Around the Corner come from, and they are funny, even when some of the gags run into attempted murder territory. Seriously, a pail falls right on Ginger’s head and she walks away with barely a bump!

The script creates a series of inane plot devices to keep the Mary and Jack from learning the other’s true identity, like Mary believes Jack is a wealthy man interested in buying a frig. Thankfully the runtime is just short enough at barely an hour that the script doesn’t have to do much heavy lifting to keep things solid, and once the characters do find things out it’s a breeze to the end. Similar to Mary, Ginger Rogers worked on this at the same time she was “flying down to Rio” in the Fred Astaire musical Flying Down to Rio. Rogers lacks the saucy sexuality of other pre-Code stars like Mae West or Jean Harlow; she’s the good girl of pre-Code for the most part. That isn’t to say the film doesn’t live up to its time period with a salacious scene where Ginger changes her shirt and is wearing what I can only surmise is a backless bra? 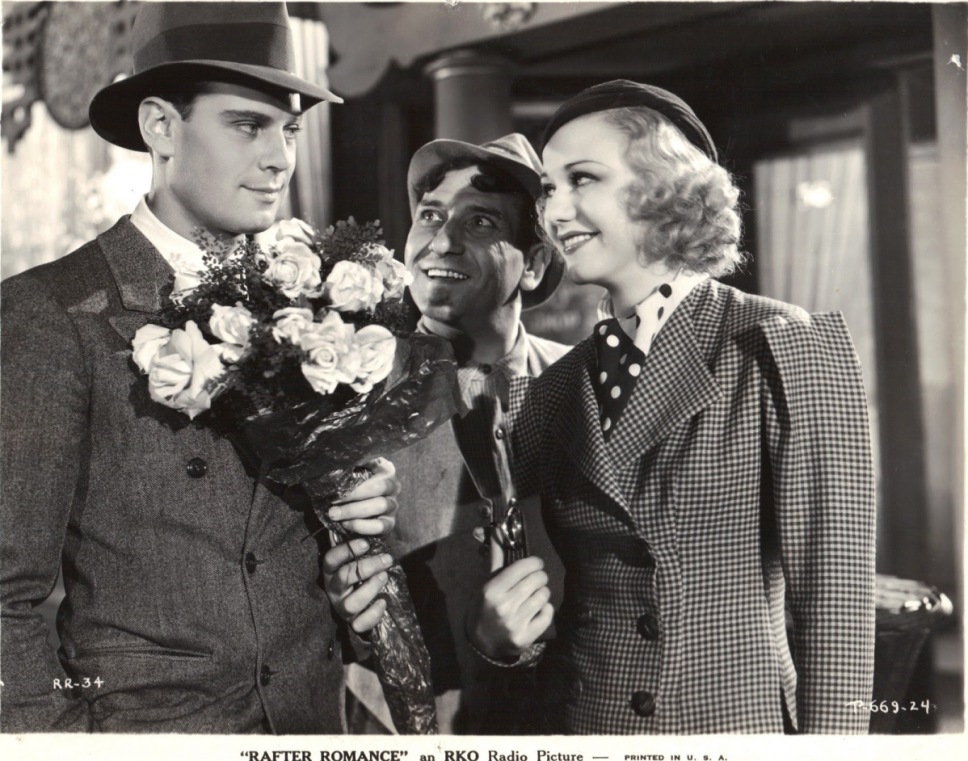 It’s easy to see why she became a star and Norman Foster didn’t. (Foster was Mr. Claudette Colbert during filming, and would eventually be Mr. Sally Blane later on.) The two are fine together. Their chemistry doesn’t crackle, more of a nice boil. Foster is easily confused with the likes of Chester Morris – the two have similar dark, hooded appearances – and he’s comfortable saying lines like “you’ll never know how lovely you looked, framed in salami.” Foster works best opposite Hope Crews who steals the show as a woman desperate for love. Elise Smythe is who I’d like to think Jean Harlow’s Red in Red-headed Woman becomes later in life – “I don’t want to be a good girl. What does that get you?” Robert Benchley drops in as Mary’s boss and brings a healthy dose of workplace sexual harassment to the party. He’s tempered by his hilarious driver always handy with a punch when someone needs to learn no means no. George Sidney and Sidney Miller are the most dated elements of the movie, playing overt Jewish stereotypes. A scene of Miller’s Julius drawing a swastika on the wall punctuated by his father, played by Miller, getting mad, but still desperate to check for loose change in the phone, is particularly galling.

Rafter Romance is a fun situational living romantic comedy with some great setups – a sawed bed builds to a suspenseful crescendo – and sweet acting by Rogers and crew. Considering how difficult it was to obtain to screen, you owe it to yourself to watch it and see hard work, and fan appreciation, pay off.